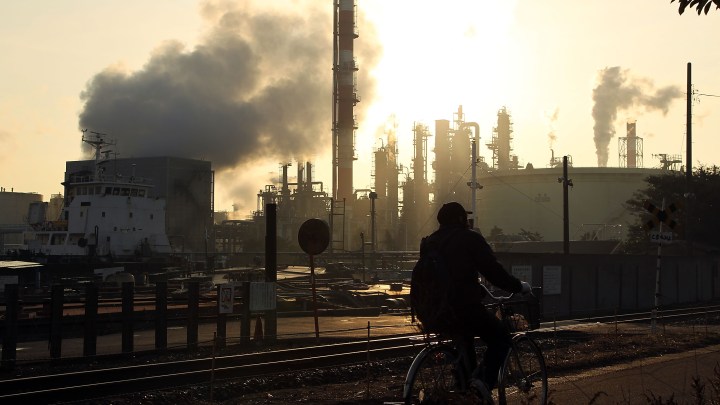 COPY
Fumes rise from factories in Kawasaki, Japan, in 2009. More than 80 companies announced Monday that they're signing on to The Climate Pledge, which aims to get corporations to net-zero emissions by 2040. Koichi Kamoshida via Getty Images
A Warmer World

Fumes rise from factories in Kawasaki, Japan, in 2009. More than 80 companies announced Monday that they're signing on to The Climate Pledge, which aims to get corporations to net-zero emissions by 2040. Koichi Kamoshida via Getty Images
Listen Now

World leaders convene this week in New York for the United Nations General Assembly, and climate change is front and center on the agenda. The U.N. recently released yet another report warning of catastrophic warming if countries don’t do a lot more to cut back on greenhouse gas emissions — and soon.

Now, a growing number of corporations are saying they’ll do more to reduce their emissions. More than 80 new companies announced Monday that they’ve signed on to The Climate Pledge, an effort started by Amazon and the organization Global Optimism to get more companies to get to net-zero by 2040.

But how much do corporate pledges really matter?

A lot of corporate pledges are about optics as much as anything else. In the case of climate change, however, “it’s a very important signal,” said Jennifer Haverkamp, who directs the Graham Sustainability Institute at the University of Michigan. “Companies signing on to corporate pledges is an essential piece of the overall momentum that we need to get to reductions in greenhouse gas emissions.”

The details of each company’s plan to get to net-zero also matter a lot, Haverkamp said.

Even for companies that do have detailed plans and interim targets, it’s still an open question whether these pledges will actually lead to meaningful change any time soon, according to John Forrer, director of the Institute for Corporate Responsibility at George Washington University.

“When you look at the timeline, 2040. That’s a long, long time ahead in the future. Who knows what’s going to happen?” Forrer said. “So it does make it a little bit safe for a firm to make that pledge.”

Proctor & Gamble is one of the companies that just signed on to The Climate Pledge. The company has already been working to reduce its emissions for a while, said Jack McAneny, who works on sustainability at P&G.

But that means when it comes to things the company can do to reduce its emissions even further, “a lot of the low-hanging fruit is gone,” he said.

A lot of what’s left is more difficult, the kinds of things the company can’t just do on its own, like reducing emissions all along its huge, complex supply chain. And “how do we find sources of heat for our manufacturing operations that aren’t reliant upon fossil fuels?” McAneny said.

That’s why P&G is signing on to the climate pledge, he added — to open up more opportunities for collaboration. 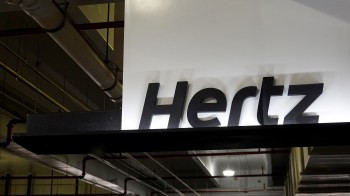