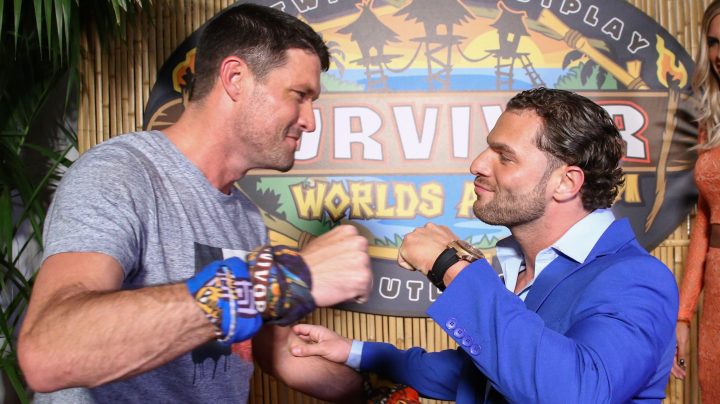 COPY
Former "Survivor" players Mike Holloway, left, and Rodney Lavoie Jr. in 2015. Parlaying an appearance on the CBS reality show into a lucrative career is a game in itself, according to “Ringer” contributor Mara Reinstein. Mark Davis via Getty Images

Former "Survivor" players Mike Holloway, left, and Rodney Lavoie Jr. in 2015. Parlaying an appearance on the CBS reality show into a lucrative career is a game in itself, according to “Ringer” contributor Mara Reinstein. Mark Davis via Getty Images
Listen Now

Wednesday, the 601st episode of the long-running reality series “Survivor” will air on CBS.

Forty-one seasons in, old seasons of the show have found new life on streaming services, and, according to “Ringer” contributor Mara Reinstein, contestants who’ve left the island are finding success as well.

Reinstein spoke with “Marketplace” host Kai Ryssdal about her recent article on the post-“Survivor” economy and how it’s evolved in the 21 years since the show’s premiere. The following is an edited transcript of their conversation.

Kai Ryssdal: So, we’re all used to reality TV stars, you know, having some kind of post-show life. That job market, though, you point out, has changed.

Mara Reinstein: Yeah. Listen, “Survivor” has been around since 2000. [If] you think back to 2000, what the technology was back in the day — there was none. If you did well on the show, you maybe hopped around to a few other reality shows that were on basic cable, and that was it. Now, 21 years later, everything has changed.

Ryssdal: So, they go out on social [media] once they’re done, and they say, “Hey, this is me,” and then, I guess, people find them and book them to do X, Y and Z?

Reinstein: It is all about one word, and that is “brand.” It is who their brand was, what their persona was and how they can parlay it into success. Another avenue, listen — a girl named Andrea Boehlke who has played the show three times has a segment on “Good Morning America” once a month. Another recent winner named Wendell Holland has his own show on HGTV. The most famous winner in the show’s history, a guy by the name of “Boston Rob” Mariano.

Ryssdal: Boston Rob, yeah, I know who Boston Rob is.

Reinstein: You know who Boston Rob is, that’s how famous he is! He was just on a summer series on CBS. So you can, there’s the old-school way of parlaying your success into something like a “Good Morning America,” or there’s a new-school way, doing Instagram, doing sponsored posts, doing TikTok, all sorts of things where they know who they are as an individual, and they can parlay that and convey that to their audience.

Ryssdal: All right. So look, I’m not a “Survivor” watcher, but large swaths of my family are —

Ryssdal: No, no, I’m actually not, and I will die on this hill. But anyway, I am familiar with the fact that some of the people on these seasons, all 41 of them, are jerks.

Reinstein: There are some villains, and guess what? The archetypal villain from back in the day, who goes by “Jonny Fairplay,” still can do cameos, he does appearances, he does podcasts. He still makes a good living based on being the “villain” from back in the day. There really is endless possibilities because of social media.

Ryssdal: OK, so that’s on the way out of the show, right, after they go on the show. Here’s the question, though: Part of the fantasy of the shows is that you’re watching everyday people plucked from, you know, law or construction or what have you, plop down on an island and trying to survive. Do you lose something if it’s actually people angling for the post-“Survivor” career?

Reinstein: I don’t think so because this is how it has been. You want to have a career after “Survivor.” I think everyone knows that’s what it is, but just because you win, it doesn’t mean you do win in the postgame. You have to have a combination of factors that people really do want to root for you after the actual game is over.

Ryssdal: You have to win the “postgame.” Have you watched, by the way, all 41 seasons of “Survivor”? 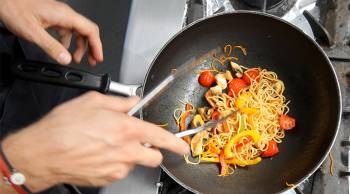