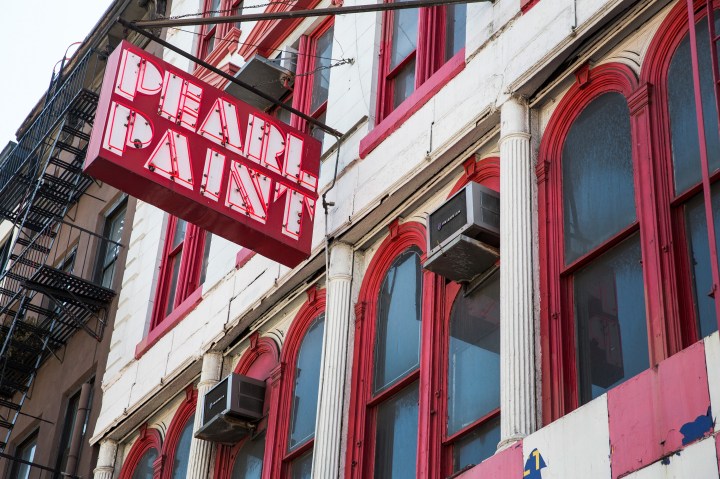 COPY
Pearl Paint, an art supply store in lower Manhattan, was an institution for artists until its closure in 2014. Andrew Burton/Getty Images
Vanishing America

Pearl Paint, an art supply store in lower Manhattan, was an institution for artists until its closure in 2014. Andrew Burton/Getty Images
Listen Now

Sometimes a store becomes more than just somewhere to buy things — maybe it serves as a social hub, or the place where someone new to town can find a sense of belonging.

For Sylvia Olmos, an architectural lighting designer in New York, that store was Pearl Paint: an art supply retailer in lower Manhattan where she found community after she and her husband moved to the country for graduate school at Pratt Institute. For a while, they made a regular Saturday morning trip to the store to pick up the supplies they needed for the week’s assignments.

“We came from Puerto Rico, and we were coming to New York — the art capital of the world,” she told Marketplace. “At the beginning of the school year, all the art students in New York were there buying their supplies. In one day, you could see all the artists from the city walking by.”

“We were all in the same boat, trying to figure out how to make things,” she said.

Before its closure, the five-story behemoth had been an institution for the city’s artists since 1933, carrying a huge array of supplies: from paints and canvases to plaster and balsa wood to studio furniture — often at discount prices.

“It was a narrow stairway that went up that building, and it was very full. So you had to plan — you didn’t want to go all the way up, and then have to go back down three flights of stairs to get something else, and then go back up again,” she said.

Over the years, Pearl Paint expanded from the original store that Olmos frequented on Canal Street to several locations across the country. But management issues, bankruptcy and changes to the neighborhood strained the business, which eventually closed its doors in 2014 after more than 80 years in business. The building has since been converted into luxury apartments.

While Olmos doesn’t live in the city anymore, she feels for the young artists today who don’t get to experience the store she grew to love.

“It’s sad that the students miss that experience,” she said.