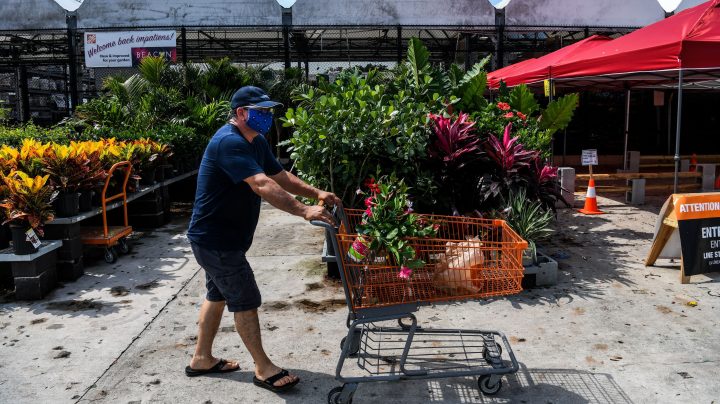 We got a sense of how some Americans have been spending their time and money during lockdown Tuesday when Home Depot reported quarterly results. Same-store sales were up more than 6%, and revenue was up around 7%.

In much of the country, hardware and garden stores have been deemed essential, so while people have been staying home, they’ve taken on nonessential projects — like sprucing up their homes. And that’s been good for independent hardware and home-supply stores.

When film and TV production shut down in Pittsburgh back in March, assistant director Jon Madeiros was out of work. So he decided to retile his front entryway and turn his attic into a yoga room.

“It keeps my mind active. And it keeps my hands active,” he said.

He’s spent around $5,000 on supplies over the past couple of months. Hardware stores have been busy keeping up with demand from DIYers like Madeiros. Therese Bourassa-Bernier owns a True Value hardware store in New Bedford, Massachusetts. She said sales picked up when people realized the pandemic wasn’t going to be short-lived.

“It was going to go on for a while, [and] they were like, ‘I got to get out of the house,’ ” she said. “They weren’t going to sit and watch soap operas all day.”

The biggest seller at her store is paint. True Value reports that paint sales nationwide are up more than 20% over last year. Since we’re spending so much time at home, we want to make it nicer, according to Treeny Ahmed, executive director at the Yale Center for Customer Insights. And, in uncertain times, home-improvement projects can give us a feeling of being in control.

“Some sense of structure as our days kind of blend into weeks and blend with each other,” Ahmed said. “A home-improvement project provides a very tangible thing to do. It has a beginning, a middle and an end.”

“Everybody’s life was too busy before, and they just felt that these things weren’t a valuable way to spend their time,” Satterfield said. “But when people are sitting around, not being able to do anything, all of a sudden, putting a garden in the backyard sounds like a great thing to do again.”

Or putting up a fence. That’s what Amanda Rich in Snoqualmie, Washington, has been doing. And while it’s under construction, it’s been serving a second purpose for her 4-year-old daughter and a friend who lives next door.

“It kind of just provides like a marker for like, you know, you’re gonna stay on our side, and he’s gonna stay on his side,” Rich said. 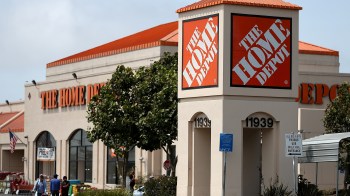