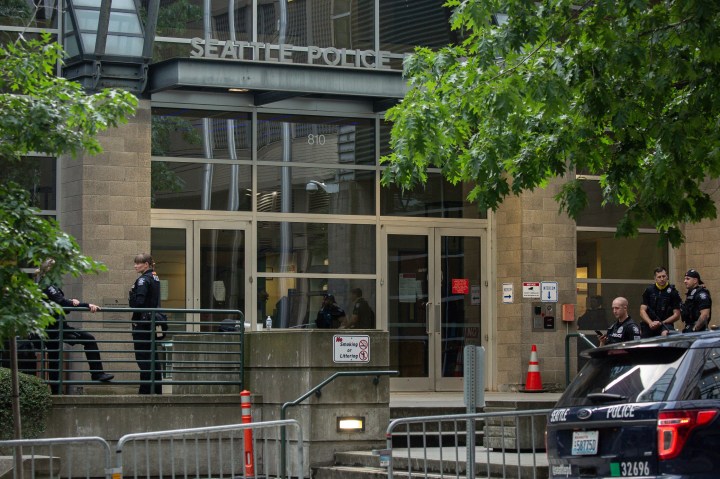 Anyone who’s been working as a crime beat reporter for a while has gotten comments from people about how being reported on has negatively affected them — from their ability to form a relationship to securing a job, said Chris Quinn, an editor at cleveland.com and its sister paper The Plain Dealer.

“I couldn’t take it anymore. I just could not accept telling people: ‘I don’t care that we’re wrecking your life. I’m gonna stand on tradition,’” Quinn said.

Back in 2018, cleveland.com and The Plain Dealer decided to roll back their use of mug shots, stop naming most people accused of most minor crimes, and consider requests for the removal of names from stories about minor crimes.

In the past year, an increasing number of news organizations have followed suit, implementing new policies when it comes to identifying criminal suspects. The Associated Press, for example, announced in June that  it will no longer run the names of people charged with minor crimes.

John Daniszewski, AP’s vice president for standards, said that the name of a person who’s been arrested lives online forever, which can then can hurt someone’s ability to, for example, get a job or run for office.

“What the AP has done here is say, ‘Well, we can still report on these cases. But can we really justify the harm that’s being done to people when the case is just a minor crime?’” said Katy Culver, the James E. Burgess Chair in Journalism Ethics at the University of Wisconsin at Madison.

There are real economic stakes when it comes to having your past, on record, in perpetuity.

Employers tend to be reluctant to hire those with criminal records, said Amanda Agan, an assistant professor of economics at Rutgers University.

“To the extent that employers are searching for information on individuals who they’re thinking about hiring, and that these sorts of articles are then going to pop up, employers are going to see that this individual has been arrested in the past,” Agan said. “One can only then guess that these individuals are then going to be potentially affected by this — even if that incident wouldn’t actually show up on a criminal background check.”

She noted there are other collateral economic consequences, like being unable to obtain certain occupational licenses or public benefits (although she said those are usually based on official court records, as opposed to a Google search of someone).

In her recent research, Agan said that she and other academics found that even being charged with a misdemeanor crime could increase one’s future recidivism. “Likely because of these sorts of potential consequences on future employment,” she said.

Having a criminal record can also affect someone’s housing prospects, since landlords often do background checks when determining who to rent to, said Robynn J.A. Cox, an assistant professor of social work at the University of Southern California.

Cox pointed to a Brennan Center for Justice study, which found that the aggregate annual earnings losses for those with criminal justice involvement amount to about $372 billion.  According to the study, “because Black and Latino people are also overrepresented in the criminal justice system, these economic effects are concentrated in their communities and exacerbate the racial wealth gap.”

Traditionally, most news organizations would not hold back on naming individuals who have been charged, according to Culver. Poynter has chronicled the growing number of news organizations that have recently opted to stop publishing mugshot galleries, which include the Orlando Sentinel, the South Florida Sun Sentinel, and the St. Louis Post-Dispatch.

The Boston Globe also launched its Fresh Start initiative earlier this year, allowing “all people to appeal their presence in older stories published on our websites,” which includes BostonGlobe.com and Boston.com.

“We will consider requests involving all crimes, but anticipate acting mostly on stories involving minor crimes and those that happened farther in the past,” the Globe wrote in an FAQ.

For organizations that have been doing this for a few years, like Quinn’s, there are some lessons they’ve learned that they’ve used to refine their policies. Quinn said they eventually began receiving requests from reputation cleansing companies to remove information, which they weren’t comfortable with.

“We just did not want this to become something for the haves versus the have-nots. You didn’t have to spend money to do it.” Quinn said. “So we said, we’re not going to accept the requests — except from the person who’s aggrieved.”

Culver said part of the justification for these newsroom reporting practices has been that these incidents involve institutions, like the police or the criminal justice system, that taxpayers fund. Therefore, the thinking goes, the public should know about it.

“But that’s not to say that those practices were always right,” Culver said.

Culver said that newsrooms are recognizing how racial bias is built into the criminal justice system, and are asking themselves how their reporting may be contributing to potential injustices.

“I think there was a new urgency that came to the front, as we were all looking at last year’s protests in the wake of the murder of George Floyd,” Culver said.

John Watson, an associate professor of journalism ethics at American University, said another element leading to changing policies is that a growing rank of younger, diverse journalists are joining newsrooms and rethinking what journalism’s mission should be.

Watson said he thinks news reporting shouldn’t monitor regular people — it should monitor the government and both its failures and successes.