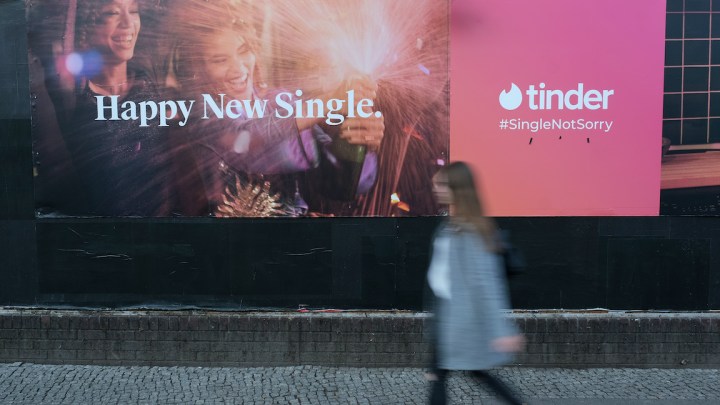 This week, Match Group, which owns the apps OkCupid, OurTime, Plenty of Fish, Match.com and Tinder, announced that it’s partnering with a nonprofit called Garbo to eventually allow users to do criminal background checks on potential dates.

The partnership will start with a pilot on Tinder later this year. The goal is to give users access to information that may indicate a history of violence or abuse.

But, as you can imagine, some privacy experts are concerned.

This move is all about safety. According to Garbo founder Kathryn Kosmides, the idea is that before you go on a date, as long as you have a first name and a phone number, “you’ll see someone’s arrest data, conviction history, orders of protection, all public records and reports, especially around the reporting of violence.”

But with all that data just a few clicks away from a dating profile, some privacy experts are also concerned about accuracy.

“It’s really an admirable goal. The question is, are things like criminal records a good proxy for whether someone’s violent? And the problem is, they’re not,” said Michelle Richardson, with the Center for Democracy and Technology.

A lot of intimate-partner violence never gets reported in the first place. Plus, there’s a lot of discrimination in the criminal justice system.

But according to Karen Levy, who teaches information science at Cornell, “We know that, you know, arrests are racially disproportionate for all kinds of crimes, right? Not just drug crimes.”

Levy said it’s easy to understand wanting to know whether a potential date has a history of violence. What’s harder is determining where one person’s right to safety infringes another person’s right to privacy.