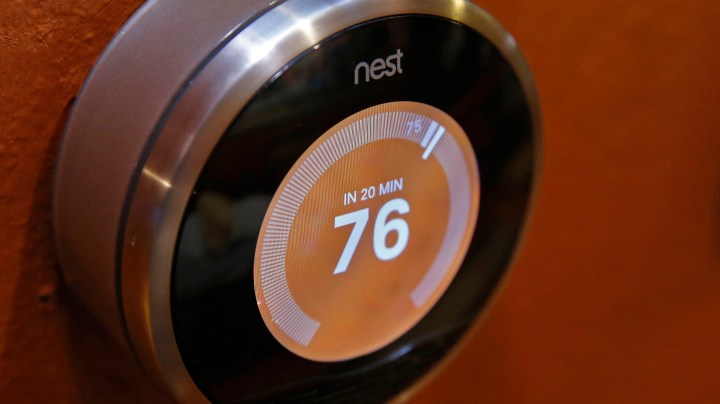 COPY
Customers who found their homes warmer than they'd programmed had actually consented to these changes, which were made by an energy-management firm called EnergyHub. George Frey/Getty Images

Customers who found their homes warmer than they'd programmed had actually consented to these changes, which were made by an energy-management firm called EnergyHub. George Frey/Getty Images
Listen Now

We’re having a heat wave, at least in the western U.S.

Last week in the Texas heat, many homeowners found their thermostats hijacked — or so it seemed. And their homes were warmer than they’d programmed.

But customers had actually consented to these changes, which were made by an energy-management firm called EnergyHub.

Buried in the fine print of many Texas energy contracts are the words “you agree to allow EnergyHub and your thermostat provider to remotely access your thermostat.”

The idea is, when it’s superhot, energy companies need to take pressure off the grid. So they sign people up in advance to allow that, said energy consultant Molly Podolefsky of Guidehouse.

“The utilities have a lot of leeway to incentivize customers. I’ve seen everything from sweepstakes to bill reductions to straight up sending checks to customers,” she said.

Last week, many hot homeowners were angry. Podolefsky suggested it was a “mismatch in understanding.”

Consultant Pace Goodman at Illume Advising said the concept of individuals sacrificing for the greater grid … is tough to explain.

“It’s something we talk a lot about, and we do a lot of research with focus groups. It’s hard to communicate.”

Thing is, these smart-thermostat remote-access programs exist around the country. So, read your contract.