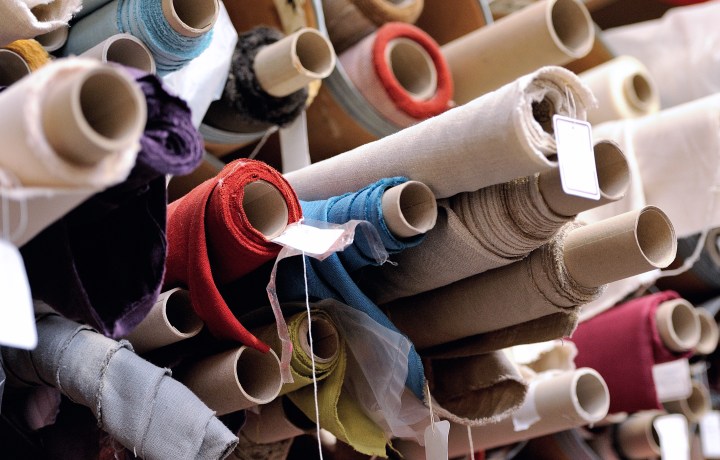 COPY
Hancock Fabrics was one of the country’s largest fabric retailers. The company announced it was closing its stores in 2016. Philippe Huguen/AFP via Getty Images
Vanishing America

Hancock Fabrics was one of the country’s largest fabric retailers. The company announced it was closing its stores in 2016. Philippe Huguen/AFP via Getty Images
Listen Now

Some craft stores have it all: painting supplies, picture frames, DIY holiday decorations and even kitchen tools. But Hancock Fabrics, as longtime customer Joanna Clark remembers the now-defunct retailer, just had fabric. And that was what she loved about it.

“It was just rows and rows of fabric — satins and lace and tulle. It was fun to look at and imagine what these fabrics could become,” she told Marketplace.

Clark, who now lives in Brunswick, Georgia, grew up going to the store with her mother where they’d pick up the project fabric, thread and buttons with which she learned how to sew and quilt. It was where she bought the fabric to make her prom dress, her wedding dress and later clothes for her children.

“I’m not a particularly good seamstress, but I wanted to be able to say that I had made my wedding dress,” said Clark, who put the dress together over a weekend. “It’s a very simple dress, and it’s bright blue because that was my favorite color at the time.”

She even worked at a Hancock Fabrics in Shreveport, Louisiana, for a stint when she was a young adult. She was new in town, and it was how she met friends and found community.

“I worked there part time, about 30 hours a week. And I probably spent a good bit of my paycheck back at Hancock Fabrics because I was there all the time. I did develop a bit of an antipathy to music from the 1950s” because it played in the store, she said. “And the thing about working in a fabric store is that no matter how many times you sweep, there’s going to be dust everywhere.”

The Mississippi-based chain, founded in 1957, was one of the country’s largest fabric retailers with hundreds of stores across the United States. But in 2016, following two bankruptcy filings and growing competition from stores like Michaels and Walmart, Hancock Fabrics announced it was closing its stores. (One store in Paducah, Kentucky, is privately owned by a relative of the chain’s owner and remains open.)

In its absence, the answer for many customers has been to shop online — but not for Clark.

“It’s just not the same. I want to feel the fabric to know how it’s going to drape over your shoulders or off your hip, or how is it going to swish when you move it.”