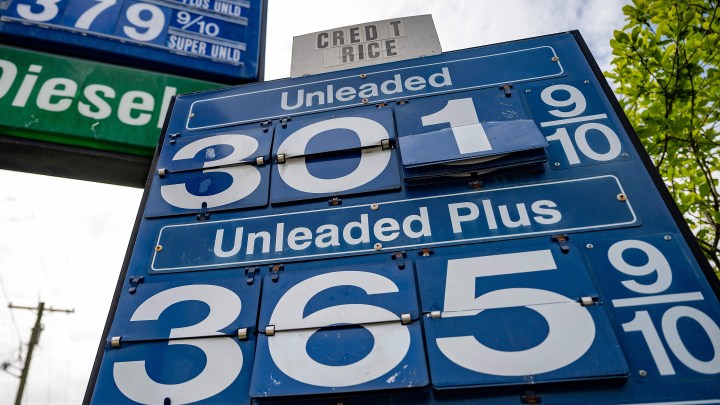 COPY
"No one thinks about how much I should spend on cereal in response to changes in gas prices," an economist says. Jim Watson/AFP via Getty Images

"No one thinks about how much I should spend on cereal in response to changes in gas prices," an economist says. Jim Watson/AFP via Getty Images
Listen Now

The University of Michigan’s preliminary June consumer sentiment numbers came out Friday. Although Americans are a little more confident about the economy than they were in May, they’re still worried about inflation, including the rising prices of cars and homes. That, in turn, could affect how people spend their money.

Chuck Howard grew up in Canada. Last year, he found himself confronted with one of those things he’s often studying. Howard is a behavioral scientist and teaches marketing at Texas A&M University.

He’s also a consumer and had to ask himself whether it made sense to take his current job and move his family from the Canadian city of Vancouver to a small town in Texas.

“A big part of why we moved here was the simple quality of life,” Howard said. “A dollar goes much further here than it does in a lot of other places.”

What you’ll pay for a house in Bryan, Texas, is way less than in Vancouver, so more house for less money means more to spend on other things, right?

But Jeremy Burke at the University of Southern California said we put things in what behavioral economists call “mental accounts.” And we don’t transfer savings from one to another.

We also notice it more when prices go up than when they go down. And Suzanne Shu at Cornell said we also care about why they’re going up.

“As humans, we are very interested in all of the inputs,” she said. “And if we know that the inputs have increased in price as well or there’s inventory or logistics problems, then we’re much more accepting of the fact that the price of the item we’re looking to buy is increasing.”

Shu said it’s when we can’t pin down a reason that people start getting frustrated. Then we may decide not to buy something from a business we think is jacking up prices just ‘cause it can.