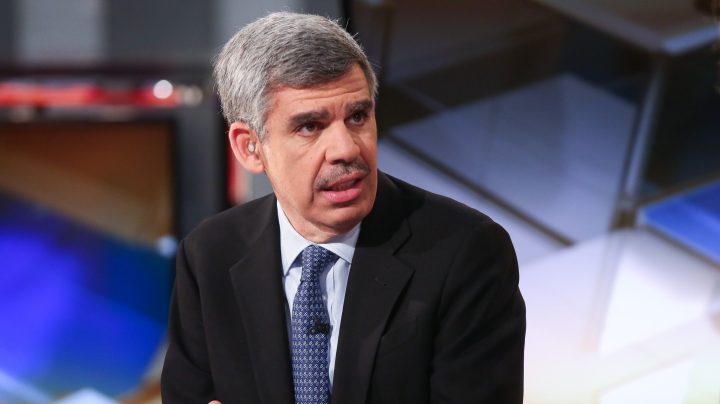 COPY
Mohamed El-Erian in 2016. "I'm more and more worried because of what I'm seeing on the ground," says the famed investor, author and policy adviser. Rob Kim/Getty Images
COVID-19

Mohamed El-Erian in 2016. "I'm more and more worried because of what I'm seeing on the ground," says the famed investor, author and policy adviser. Rob Kim/Getty Images
Listen Now

May’s consumer price index will be released Thursday, providing an update on the state of inflation in the U.S. economy. Mohamed El-Erian, the president of Queen’s College, Cambridge, and former CEO of investment giant Pimco, has been critical of the Federal Reserve’s recent statements on inflation. “Marketplace” host Kai Ryssdal spoke to El-Erian about the economic recovery that’s underway and how the central bank is interpreting price increases. The following is an edited transcript of their conversation.

Kai Ryssdal: You are becoming one of the more high-profile people who say they’re worried about inflation in this economy. And I guess the first thing I want to know is, why?

Mohamed A. El-Erian: I’m more and more worried because of what I’m seeing on the ground, talking to CEOs and other people that really are participating in the price-formation process. We’re seeing significant supply bottlenecks. We’re seeing soaring transportation costs, difficulties in hiring. And all of these things are not immediately reversible. So when you look at the economy from the bottom up, you start sensing mounting inflationary pressures that are being encouraged by incredibly loose monetary policy.

El-Erian: I buy the view that these are uncertain times. What I don’t buy is the notion that we are therefore confident that inflation is transitory. Undoubtedly, there are two elements that are transitory. One are called base effects. Simply, when you compare with the previous year, it really does matter that the price level came down. And the other one are very short-term imbalances between supply and demand. But we are seeing deeper things going on in the economy. And I just think you have to be open-minded to the fact that the supply side and the demand side are evolving structurally in a way that may be pro-inflationary.

Ryssdal: Can I read that as you saying that perhaps the Fed is not being open-minded right now, and that maybe Chair Powell has painted himself into a corner?

El-Erian: I fear that’s the case. And I say I fear because Fed credibility is key. So the Fed has done two things. One, it has repeated the “transitory” narrative, and it has become a mantra. Literally a mantra. And the second one is that it shifted at an unfortunate time from a forecast-based approach to an outcome-based approach. So if the Fed is wrong, it will be late. And if it is late, it’s gonna have to slam on the brakes. And if it has to slam on the brakes, history suggests we end up in a recession, and we may end up with financial instability. So there’s a lot at stake here. And that’s why slowly easing your foot off the accelerator is a much better outcome than having to slam on the brakes.

Ryssdal: Let’s translate here for a second. When you say “slam on the brakes,” you mean raise interest rates precipitously, which will then drive the economy into recession and markets will go haywire.

El-Erian: Correct. And the last thing we need right now is to derail the recovery and to derail what I think is a significant economic policy shift by the [Joe] Biden administration.

Ryssdal: So what are you looking at to let you know when this might not be transitory? I mean, Treasury Secretary [Janet] Yellen said this weekend she’s looking at expectations, right, what people are thinking about inflation. Also low-wage earners and their pay increases. What are your tells here?

El-Erian: So first, I’m looking at the fact that from the aggregate data, we have completely missed the surge in both CPI inflation and what’s called [personal consumption expenditures] inflation. Second, I listen very carefully to what companies tell us on their quarterly earnings and then look at the functioning of the labor market. How do you explain that booming demand is not resulting in higher jobs being created? How do you explain the fact that we have over 8 million openings that are not being filled? So I look —

Ryssdal: Well, sorry to jump in. But you look at the pay of these jobs. You look at the fact that people are still being scared of catching a disease. And then also, as you know, in this country, there’s the whole discussion about federal [unemployment insurance] benefits. I mean, there’s a lot of factors here.

El-Erian: Correct. And over the next few months, some of them should be reversed. So the UI argument we will know by the end of September. We will also get a better feel for how worried people are about going back to work. We will also get a better feel for what happens when you open schools. But I do think child care is important. I do think that we are having skill mismatches. There’s simply too many uncertainties. The alternative of just repeating over and over again, that it’s transitory inflation suggests that you have conviction when there’s little foundation for that view.

El-Erian: So the Fed has told us very clearly that they don’t expect to know until the end of the year or the beginning of next year. The markets are a little bit less certain, so we have seen a significant increase in inflation expectations. And this is the issue, is when you ask the question, if I end up making a mistake, which mistake can I recover from more quickly? 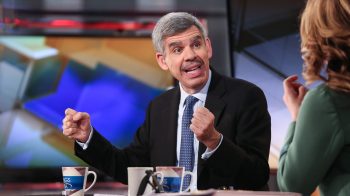