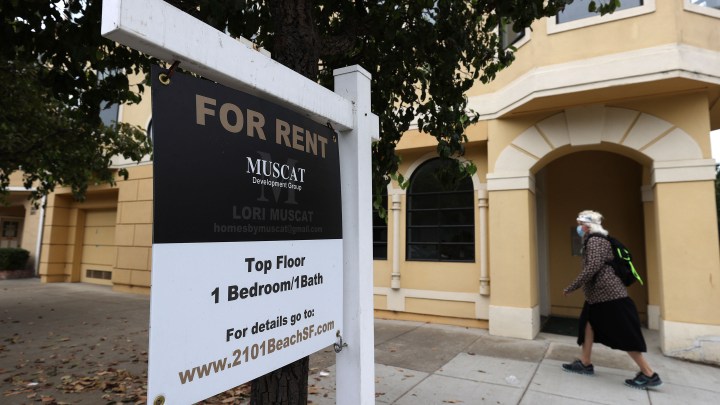 COPY
San Francisco and New York rents are still cheaper than before the pandemic, but markets like D.C., Seattle, Boise and Spokane are all up and continuing on those trends. Justin Sullivan/Getty Images
COVID-19

San Francisco and New York rents are still cheaper than before the pandemic, but markets like D.C., Seattle, Boise and Spokane are all up and continuing on those trends. Justin Sullivan/Getty Images
Listen Now

“‘Pandemic pricing’ is officially over.” That’s from a national report just released by the rental organization Apartment List. With workplaces reopening, apartment and home rental prices rose, on a national basis, at a record pace from April to May. City by city, however, things vary.

Rents in New York and San Francisco are still cheaper than before COVID hit, but they’re climbing fast. “Businesses are opening up, sporting events are opening up, the things that people love about cities are coming back,” said Igor Popov, chief economist with Apartment List.

Also returning are young renters tired of quarantining with Mom and dad. Rents are up four straight months in expensive coastal markets like Washington, D.C., and Seattle.

And the remote workers who invaded small and midsize cities are staying put: “Boise; Spokane, Washington; Virginia Beach; the Phoenix suburbs are still on a tear,” Popov said.

In Fresno, California, rents are up 17% since March 2020. Grecia Elenes, a local tenants’ rights advocate there, is worried about the state’s eviction moratorium ending next month.

“Landlords are realizing, ‘Hey, I can get a lot more money if I can eventually evict my tenant,'” Elenes said.

In a market this hot, it’ll be even harder to afford a new place to live. 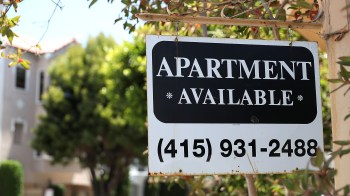