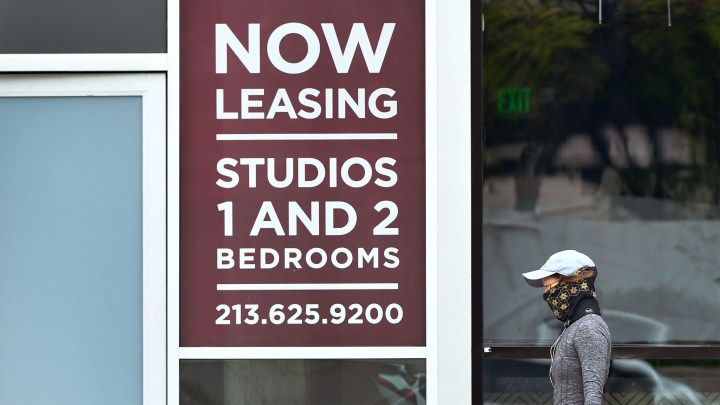 Amanda Kass renewed her lease in Menlo Park, California, back in February, thinking she was getting a good deal because the landlord wasn’t raising the rent.

“Little did we know how much things would change in just a month,” she said.

Since then, the market has changed dramatically. When a neighbor in her building moved out last month, Kass said, “the unit he had been in rented for 20% less than he had been paying, and that was after it sat vacant for a month.”

Kass’ neighbor worked in tech and could do his job remotely, which is one reason some of the biggest rent declines have been in Silicon Valley. In nearby San Francisco, the average rent for a two-bedroom apartment is down 12% from a year ago, according to apartment search company Zumper. San Jose, California, has seen a 5.7% decline.

Job losses due to the coronavirus pandemic have also disproportionately hurt renters, who are more likely to live in cities, economists say, reducing demand. Average rents are down 7% in New York City and Los Angeles, and 3% in Boston.

“So many of those jobs, they can never go remote, so they’ve had a hard time during the shelter-in-place era,” he said.

Nationally, real estate firm CBRE predicts multifamily rents will fall by about 8% this year and not fully recover until 2022.

“The unknown is what is going to be the economic fallout that we haven’t seen yet,” said Bob Pinnegar, president and CEO of the National Apartment Association.

Generally, urban areas are seeing bigger declines — or slower growth — in rents than suburban markets, according to a recent report from Zillow. But Zillow economist Joshua Clark said the flight from cities may be overstated. Rents in Kansas City, Missouri; Detroit, Baltimore and Riverside, California, are growing — and faster than in the suburbs.

It’s tempting to imagine urbanites fleeing to the suburbs for good, said Clark, who left his rental apartment in Seattle to live with family in Westchester County, New York.

“But I think what we’re seeing right now is a temporary shift,” he said. “I think we’re seeing a lot of people who can move out of the city that will return to the city once things go back to normal and their favorite bar, restaurant, museums start to open up again.”

And, he said, those who do return might be able to score a deal on the rent.