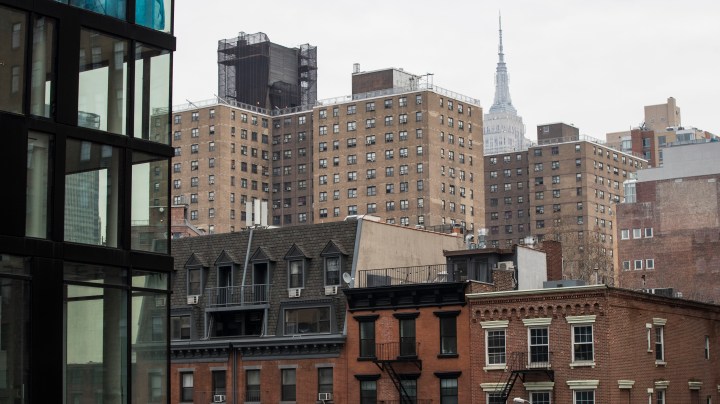 COPY
Depending on the source, rent rose anywhere from 3% to 18% last year. Above, apartments in New York City. Drew Angerer via Getty Images

Depending on the source, rent rose anywhere from 3% to 18% last year. Above, apartments in New York City. Drew Angerer via Getty Images
Listen Now

When Tess Hill stands in the middle of her junior one-bedroom apartment in Manhattan and stretches out her arms, she can touch opposite walls. The “bedroom” is really more of a nook.

“It’s what I would call a micro-apartment,” she said.

Still, it’s in the very desirable East Village neighborhood. When Hill moved in last April, New York City rents were cratering. She signed a lease for $1,750 a month, just $150 more than she’d been paying to share a place with two roommates.

“Like many New Yorkers, I took advantage of a COVID pricing,” she said. But that good deal is coming to an end. Hill, who works in nonprofit fundraising, just learned that this April her rent will jump almost 50% to $2,600.

“I am a crier, so I cried a lot because this is the apartment where I became an adult,” Hill, 26, said. “I cannot afford to stay in this neighborhood.”

This is the housing inflation disconnect. According to the latest consumer price Index, rents are increasing by a modest 3% a year. But private sources estimate much higher increases. Zillow’s Observed Rent Index rose by a record 15.2% in November, year over year. The rental listing site Apartment List says the median national rent rose 18% in 2021.

“The key question is rents paid by whom,” said Igor Popov, Apartment List’s chief economist. “The official government sources that underline the consumer price index, those are getting after the price that all Americans are paying for shelter at any given month.”

And for most Americans, rent is stable month to month. It only changes when they sign a new lease.

“What many private sources, like ours at Apartment List, are tracking are the rents that are paid for new leases, for those that are signing new leases in the market right now,” he said.

It’s those rents, he said, that have risen 18% in the past year.

As more people move and sign new leases, Popov and other economists expect the recent increases to start showing up more in the CPI. And that matters because the CPI influences government policy and benefits like Social Security.

And the biggest component of the CPI — almost one–third of it — is shelter.

For more on how the consumer price index tracks overall housing costs and why rising home prices have also been slow to show up in the CPI, check out this story. 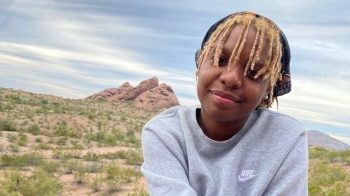 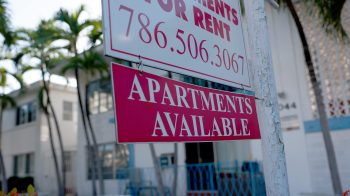