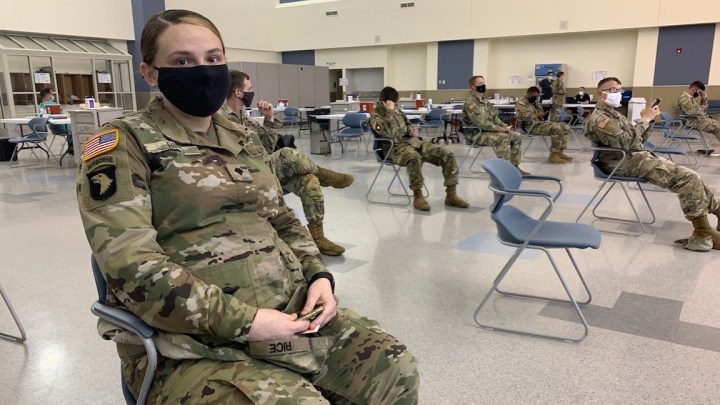 Patriotic posters are pinned around the airfield hangar at Fort Campbell, Kentucky, the installation’s primary vaccination site. Rosie the Riveter and Uncle Sam encourage service members to get the shot.

“The posters are just a fun way to tie it back in and to say: ‘Hey, you know, we really want you to do this’ … and it’s safe and it’s effective and it’s just good for the overall unit,” said Maj. Jade Snader, the lead nurse.

Those at the post who were highly motivated to get vaccinated are already fully immunized. But the rest are taking varying degrees of convincing, said Col. Patrick Birchfield, commander of Blanchfield Army Community Hospital at Fort Campbell.

“We’re interested in the younger folks who are young and healthy and probably need to be educated on why they need the vaccine,” he said.

By definition, soldiers are at lower risk of complications from COVID-19 than the civilian world. Many health conditions can prevent people from serving in the army.

Yet they live in closer quarters than most people, where COVID-19 can pretty quickly put a platoon out of commission.

In May, vaccinations on post started to slide. Every day, fewer people were showing up.

Staff Sgt. Jose Rivera Martinez eventually came around. He said he doesn’t want to be the weak link, especially as a staff sergeant.

“Let’s say I’m going out on a mission, but then I test positive — that would be detrimental for the unit,” said Rivera Martinez, a helicopter mechanic in the 101st Airborne Division at Fort Campbell.

Rivera Martinez said he’s had that experience in the past year at his former installation, where the unit had a training mission that had to be reworked because of positive tests and quarantines.

He said he decided to be an example by getting the shot. “If I get it, I know that I can encourage my soldiers to get it as well,” he said.

A choice, for now

Inside a hangar at the Fort Campbell airfield, Spc. Lorrin Rice, 35 weeks pregnant, was getting vaccinated. Rice said she had questions about the vaccine and her unborn child. She waited to get vaccinated until more was known about pregnancy and the vaccine.

“Whenever the studies came out that you can pass the antibodies to your baby before it’s even born, that was my selling point,” she said.

The military is more accustomed to giving orders than making requests, especially when it comes to vaccinations. The flu shot, for instance, is required annually for anyone on active duty.

Military health officials at Fort Campbell are leaning heavily on PSAs and virtual town hall meetings focused on vaccinations. Now military leaders are also warning of consequences for not getting the shot, like limits on summer leave for vacation.

At a virtual town hall, Maj. General JP McGee said that his decision would be “unpopular.”

“If you are an unvaccinated soldier, you should not consider it business as usual as you start making plans with your family,” he said. “You will have to overcome a certain level in order to take leave.”

There will be no more need for cajoling once federal regulators grant the vaccines full approval, which Pfizer applied for in early May. Each shot will likely be just one more that every soldier has to line up for. 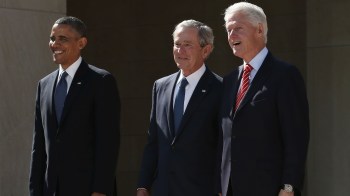