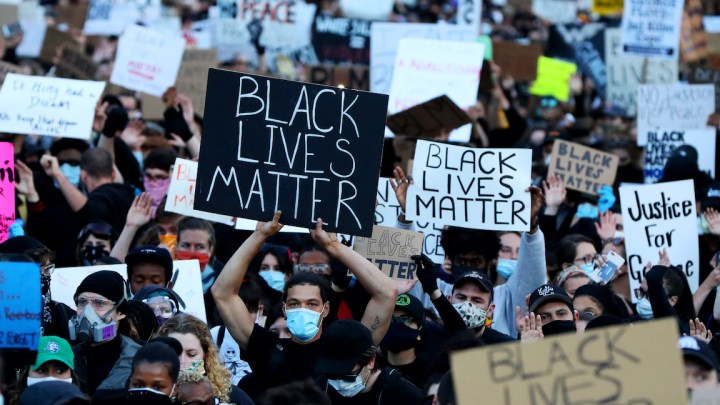 Tuesday marks one year since the murder of George Floyd in Minneapolis.

Let’s take stock of whether those promises were kept.

According to Olivia Knight with As You Sow, a nonprofit monitoring company diversity, equity and inclusion, “It was something that we hadn’t seen before in this space. The majority of the S&P 500 did make some type of statement regarding George Floyd’s murder.”

“We felt that a lot of the corporate commitments weren’t as detailed as we were hoping for,” Knight said.

Some companies used buzzwords without defining goals. And regarding companies that did set benchmarks for, say, committing shelf space to Black-owned businesses or increasing the number of Black managers, well, there’s no official system that holds them accountable.

It’s why William Michael Cunningham, CEO of Creative Investment Research, wants to create an independent trust. “Make your pledges real by giving us a piece of paper that says that ‘Yes, we’ve made this pledge, and we empower this trustee to keep track of what we’re saying,'” he said.

For now, his research firm tracks corporate promises by monitoring press releases. Cunningham said American corporations have pledged $50 billion to racial equity and spent only $250 million. He worries that a lot of companies, especially those with longer-term plans, won’t follow through.

“The corporations can say five years from now … ‘Business changed, you know. Our income went down. We’re struggling, so we can’t fulfill that promise,'” Cunningham said.

“There will be at some point some kind of standardization of disclosure, and in a way that is not too burdensome for companies either,” Rao said.

Rao said focusing on public corporations’ commitments won’t just make sure that dollars and diversity numbers materialize. It’ll set a standard for how all companies do business.