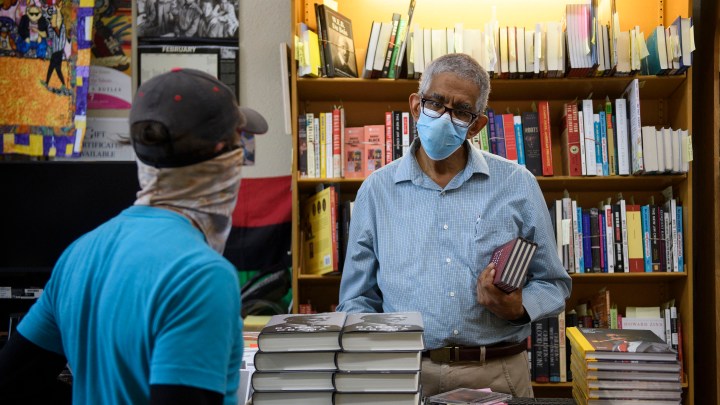 Last June, there were so many customers calling Eso Won Books in Los Angeles that co-owner James Fugate had to disconnect. Literally.

“As soon as we would open up, all three lines were ringing and there were only three of us in there, you couldn’t help the customers,” Fugate said. “I just said unplug them.”

George Floyd’s murder and the Black Lives Matter protests that followed sparked a movement to support Black-owned businesses across the country, and buoyed bookstores like Fugate’s.

“After George Floyd, you had a line down the street, and more than half of it might be white people,” Fugate said. “People at other businesses were just amazed.”

Fueled by sales of national bestsellers like Ibram X Kendi’s “How to Be an Antiracist” and Michelle Alexander’s “The New Jim Crow,” 2020 was Eso Won’s best year since it opened in the 1980s.

And how’s it faring now?

“We’re not like we were in June and then especially July. But we’re definitely better than we were in 2019,” Fugate said.

Fugate’s experience is reflected in sales of books on race and racism in general.

VaLinda Miller, who owns Turning Page Book Shop in Goose Creek, South Carolina, said she’s sensed some burn out among her customers, and has started steering more of them toward Black novelists.

“An elderly white man will come into the store and say, ‘Well, my wife told me I had to come in here and support a Black-owned bookstore, but I don’t know what to buy,'” Miller said. “So I’m going to give you like a murder mystery, [by] Chester Himes or Walter Mosley.”

Miller said sales have dropped compared to last year, but she’s gained enough repeat customers to fuel some grander ambitions. She said she’s going to open up a second store.