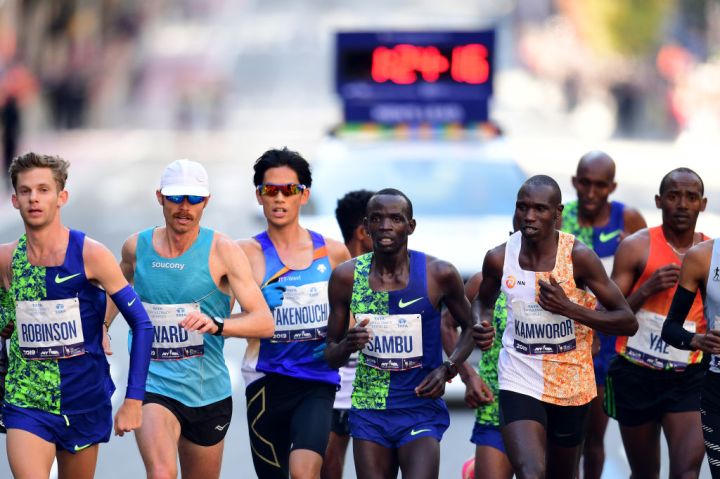 There is yet another sign of the economy jogging steadily forward out of pandemic recession: the organizers of the New York Marathon say it will be run again this year—on November 7—after last year’s event was cancelled. COVID-19 shut down marathons and sporting events of every kind around the world in 2020, which meant a lot of lost revenue for cities and businesses.

This year’s New York Marathon will be smaller. It will have 33,000 runners instead of more than 50,000 in 2019. There will be staggered start-times to prevent crowding, and runners will be subject to whatever COVID restrictions and test protocols are in effect in the fall.

When the 2020 marathon was cancelled in New York City, more was lost than 26-miles of sweat and strain for the runners. “The economic impact is quite significant,” said Scott Rosner, academic director of the Sports Management Program at Columbia University’s School of Professional Studies. He has run in the New York City marathon himself.

Rosner said that for big cities, marathons bring entry fees and charity fundraising plus “all the visitors.” He said it helps because “hotel occupancy rates are high, you know, street vendors, especially on the race route.”

Overall, this kind of event will likely bring in tens of millions of dollars for New York according to sports economist Andrew Zimbalist at Smith College. But this year it means more than just money, he said “Symbolically, it’s significant because we’re coming back, and with the marathon and sports generally, it’s a community re-establishing itself.”