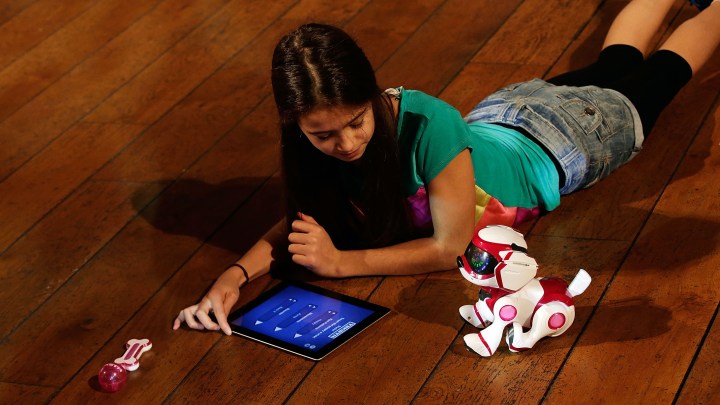 The shortage has hit the auto industry, but that only accounts for about 10% of the demand for semiconductor chips. Now, the shortage is affecting a whole lot more than cars or even computers and smartphones, because these days, almost everything has a chip, whether we think of it as high tech or not.

“If it has a plug or battery, it probably has chips in it,” said Glenn O’Donnell, research director at Forrester.

O’Donnell said that includes refrigerators, video doorbells, light bulbs you can turn on with your phone and even lower-tech things like kids’ toys, “because all the toys gotta talk now, and they gotta react, and they have little motors.”

There’s a shortage of all kinds of chips, even the most basic ones, according to Anand Srinivasan, an analyst at Bloomberg Intelligence.

There’s just not enough capacity at factories around the world to meet the demand from all of the industries that need chips.

Because there’s such a shortage, the semiconductor industry is having to pick and choose what to prioritize, said Mario Morales at market research company IDC.

“It sort of prioritizes the large-scale areas like computing, mobile phones is the largest market, so those supply chains are always going to get priority,” he said.

And other companies, especially smaller ones, are going to have to wait longer for chips.

If you need something like a new appliance anytime soon, even if you don’t care about it being smart, “All of those products will be in short supply,” Srinivasan at Bloomberg said. “So you better get in line.”

Srinivasan said the shortage is likely to get worse before it gets better.