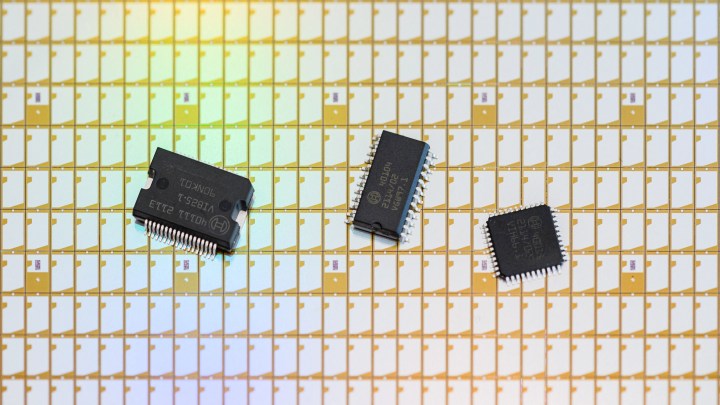 COPY
The chip shortage has been made worse by shipping bottlenecks, worker shortages and supply chain issues. Jens Schlueter/AFP via Getty Images

The chip shortage has been made worse by shipping bottlenecks, worker shortages and supply chain issues. Jens Schlueter/AFP via Getty Images
Listen Now

General Motors announced this week that it’s shutting down production of its main electric vehicle, the Chevy Bolt, through mid-October because of a shortage of batteries driven by the global shortage of semiconductor chips.

Shortages happen when the demand for something is higher than the supply. When it comes to computer chips, there are problems on both sides of that equation.

First, in the pandemic, demand for chips went up.

“The consumption of chips has skyrocketed because more and more people are buying computers and various electronic devices as they’re stuck at home,” said Morris Cohen, who teaches operations and information management at The Wharton School.

Then, there’s a supply problem. That’s because of natural disasters in at least three countries, according to Art Wheaton at Cornell University’s ILR School.

“So, one of the major chip suppliers in Japan had a fire. Texas, for Intel, had a problem with the winter storms. And in Taiwan, which is one of the largest producers in the world of these chips, they’re having a drought — and making computer chips requires lots of water, so they have been impacted,” Wheaton said.

Also, the companies that make chips haven’t been able to find enough workers. Not to mention the shipping bottlenecks.

“A lot of them go through China as one of the major ports. And they had a COVID outbreak, which stopped people from unloading and loading these container ships,” Wheaton said. “And then when you get a backlog of those, it’s hard to unload them and get caught up, especially if you’re having a labor shortage.”

Though these issues have beleaguered the chip industry broadly, for the car industry, there’s another problem: Carmakers were expecting demand to slow down during the pandemic, so they canceled a lot of their orders for chips. That means that now they’re at the back of the line.