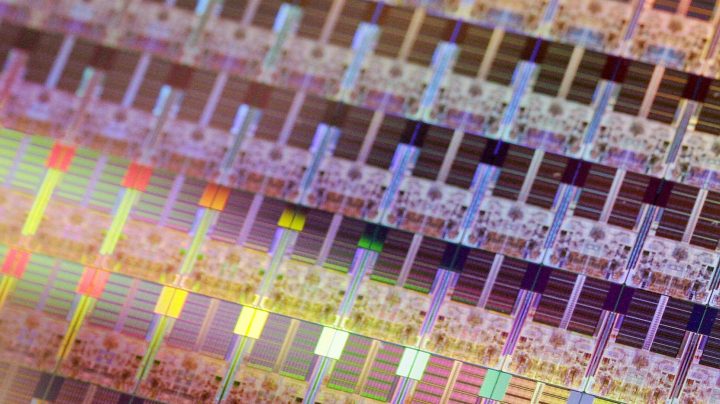 One of the big, ongoing stories of the pandemic economy has been the semiconductor chip shortage and how it’s slowing down production of all sorts of things: cars, computers, TVs, even toys.

It takes a long time to build any factory and get it up and running.

They have to install all the extremely complex equipment that produces the chips.

“And then you have to turn the factory on,” Priestley said, and run it for a while to be sure it’s working and producing high-quality chips. And even then, once it finally is, “it takes time to make a chip, right? To process a wafer from the start of putting a wafer into the factory to getting a wafer out that has chips on it can take two to three months,” he said.

According to Priestley, it’ll likely be two or three years, maybe even four before you can buy something, that includes a chip made at one of these new factories.

“I don’t think this announcement by Intel is really about the short-term problem. I think it’s about the long-term,” Willy Shih, a professor at Harvard Business School, said.

In the short-term, the semiconductor chip shortage should start to ease later this year or next, Shih said, “as a lot of the capacity investments that were made last year start to come on stream.”

And once the current shortage is resolved, Glenn O’Donnell at Forrester Research says in the long term, when the Intel plants are up and running, there will likely be even more demand than there is now for the chips they produce.

And that means more and more chips.