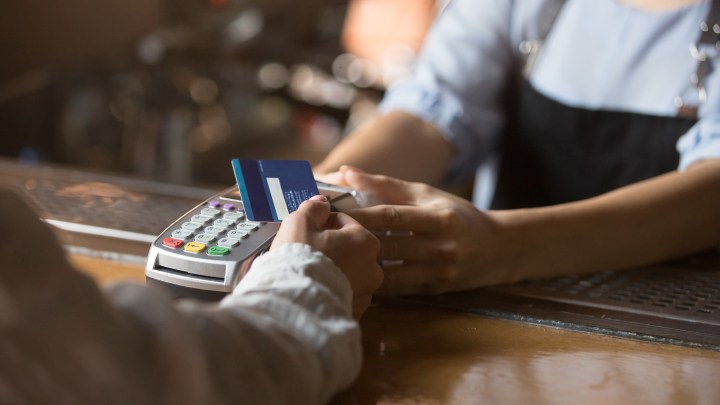 Some of the country’s biggest banks — JPMorgan, Wells Fargo and others — are going to start giving credit cards to people without credit scores, according to The Wall Street Journal. The banks will instead look at savings and checking account history to determine eligibility.

It’s just a pilot program for now. But if it’s successful, it would be quite a change in the way banks do business, since so much of Americans’ financial health — their access to housing, car loans and even jobs — depends on their credit scores.

If you’re a longtime credit card user, it might be hard to even imagine how you got your first one. Maybe a parent cosigned or you opened a joint account or you made a couple-of-hundred-dollar security deposit to get a low-limit line. A lot of people don’t have access to any of that.

“Immigrants, formerly incarcerated people, people who were perhaps in a relationship where the credit score is more reflective of the other partner,” said Lisa Servon of the University of Pennsylvania, who researches economic insecurity. About 26 million Americans are “credit invisible,” according to the Consumer Financial Protection Bureau. And many of them are Black or Latinx.

“Traditional credit scores don’t take into account a lot of the things that would show that someone is capable of paying back their debt,” Servon said.

Many experts say measuring cash flow in checking and savings accounts paints a more accurate picture. And that’s what this pilot program will do: look at average balances over time and overdraft fees. But people who rely on debit cards are more likely to be hurt by those. Rebecca Borné, senior policy counsel at the Center for Responsible Lending, calls banks’ use of them predatory.

“The fees they charge for overdrafts are so high that it makes it difficult for people to recover when they get three or four overdraft fees in a single day,” she said.

It’s why Chi Chi Wu, an attorney at the National Consumer Law Center, would like to see a combination of data points that determine credit card eligibility. Rent, utilities, “telecom payments, cable, internet, some other types of recurring payments like Netflix can be useful.”

She said there’s no perfect formula. For instance, looking at rent during the pandemic isn’t ideal. But a combination of these things would create an opt-in system that redefines what financial responsibility means.