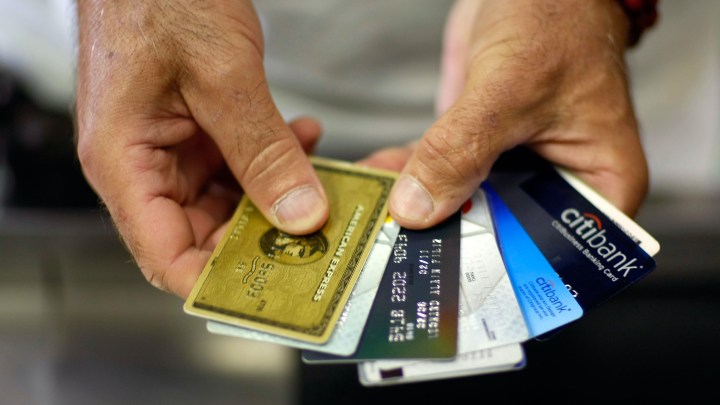 Capital One CEO Richard Fairbank said this week that the banks are starting to increase credit card borrowing limits for certain customers. That’s noteworthy because earlier in the pandemic, credit card companies were doing the opposite — lowering people’s borrowing limits when the entire economy seemed pretty risky. A lot has changed.

At the start of the pandemic, banks lowered credit card borrowing limits by $53 billion, according to the New York Federal Reserve.

Limits continued to fall throughout 2020, but by less and less.

Fewer customers are going over their credit limits or only paying off their minimum balances, according to Fairbank.

People who have been lucky enough to keep their jobs haven’t been spending as much during the pandemic, said Tim Quinlan, senior economist with Wells Fargo.

“And because they’re not out there spending to the extent that they normally would on things like vacations and going out to eat, a lot of those outlays often find their ways onto the credit card statement,” Quinlan said.

Wells Fargo predicts that consumer spending will grow by double digits in the second and third quarter this year.

Andrew Davidson, chief insights officer at Comperemedia, said credit card companies are looking for ways to capitalize on that spending.

“By raising credit limits, they generate more outstanding balances, so that’s how they will drive revenue for the company,” he said.

Davidson said banks are still cautious for now, but as the year continues, he said lenders will start looking for other ways to get people to spend on their credit cards.

“All designed to increase the supply of credit to U.S. consumers and capture all of that pent-up demand,” he said.