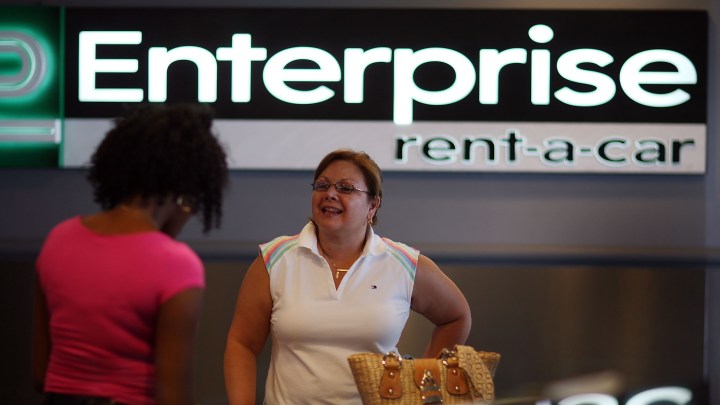 Inflation data came out Wednesday morning, and the headline number was that consumer prices are up 4.2% year over year. That’s the highest annual jump since the Great Recession.

The numbers are even more striking when you look at price changes just since March, starting with car rentals.

The cost of renting a car went up 16%. In a month! Car-rental prices are 50% above where they were before the pandemic. But between March and April, airfare was up 10%, lodging away from home 7.6%.

Tom Graff, a portfolio manager at Brown Advisory, said, “I mean, look, I think it tells you there’s a lot of pent-up demand for travel. We’re all tired of the same four walls.”

The prices of a lot of things increased more than expected, from communications to apparel. But if there’s something in this economy that can take you somewhere else — it is probably on fire. Used-car prices, for instance, are up 10% in a month.

According to JoAnne Feeney, a partner at Advisors Capital Management, “That 10% increase in used-car prices is a reflection of a shortage of new cars available from producers.”

Now that right there, that shortage of cars, is not just about too many people wanting a car. It’s a supply chain issue. A global semiconductor shortage is stunting the supply of cars. The pandemic screwed with a lot of supply chains, like the one for lumber and the one for bicycles. What consumers want, supply chains cannot give just yet, and prices are rising.

But, if you look at the price levels of a number of these items, like airfare and lodging, they’re still pretty well below where they were pre-COVID-19.

Said Matt Luzzetti, chief U.S. economist for Deutsche Bank: “We’re seeing very sharp month-on-month increases on this, but this is not even making up for shortfalls and decreases we saw last year,” at least in some sectors.

The burning issue here isn’t just that we had wacky inflation for a month. “The real question is,” JoAnne Feeney said, “are these price increases temporary, as the [Federal Reserve] has told us to expect, or is there more persistence here we need to worry about?”

That’s an open question, but it might get worse before it gets better.