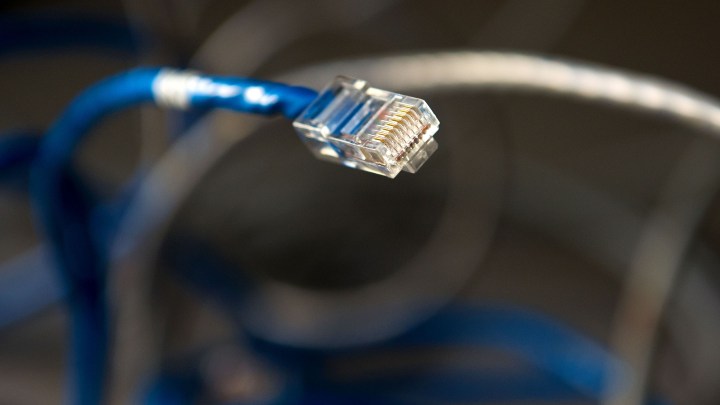 COPY
Those who qualify will receive a discount on their monthly internet bill and money toward a new computer. Karen Bleier/AFP via Getty Images

Those who qualify will receive a discount on their monthly internet bill and money toward a new computer. Karen Bleier/AFP via Getty Images
Listen Now

A new federal program to help low-income consumers pay their internet bills will start taking applications May 12. The Emergency Broadband Benefit program was part of the COVID relief legislation passed in December. Those who qualify will receive a discount on their monthly internet bill and money toward a new computer.

The program can’t come too soon for Bernadine Ramsey, who lives in Washington, D.C., with her husband and 10-year-old daughter. One Monday morning last year, right before Christmas, Ramsey woke up to trouble. She had gotten up early to study for an IT training course she was taking, but there was no Wi-Fi signal. “That was very, very alarming, when I don’t see that in the morning,” Ramsey said.

Her internet was out for a full week. Her daughter Nya couldn’t use the laptop she got from school for her virtual lessons. Ramsey turned the data on for her phone, and they shared it. Nya was squinting at the small screen for her classes during the day. Ramsey was using it to study at night.

“Thank goodness I had my phone, so we would still be able to get on for her and get on for myself, as well,” she said.

Ramsey said her internet is fixed now, though it’s still slow. If Ramsey qualifies for the Emergency Broadband Benefit program, she will receive up to $50 a month toward broadband service. Ramsey said she’d use it to upgrade her internet. She could also get a $100 discount on a new computer. Her 10-year-old desktop recently bit the dust.

It looks like Ramsey would qualify for both benefits, according to Yosef Getachew, media and democracy program director with the consumer group Common Cause. “The eligibility criteria for this program is pretty broad,” he said.

Getachew added that individuals automatically qualify if they’re in a government program like SNAP or Medicaid. Ramsey is enrolled in Medicaid, so she’s eligible. One can also qualify if their income is at or below 135% of the federal poverty line, or if their income took a substantial hit from a job loss.

But there’s a catch, according to Gigi Sohn, distinguished fellow at the Georgetown Law Institute for Technology Law and Policy. “This is temporary,” she said. “I think it’s important to note that the digital divide doesn’t go away when the pandemic does and it’s important to have a permanent program.”

Congress allocated about $3 billion for the Emergency Broadband Benefit. The program ends when the money’s gone, or six months after the federal government declares the pandemic is over.