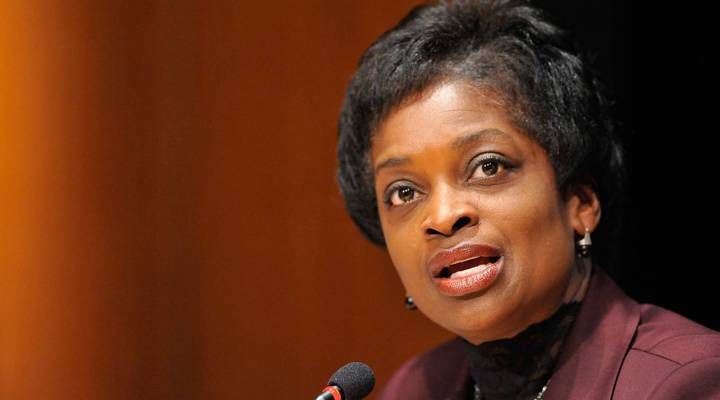 A couple of weeks ago, the Federal Communications Commission reclassified broadband internet as a public utility, something all of us need to get along in our daily lives.

Tuesday, the FCC took the next step. It proposed a plan to help low-income Americans afford broadband by picking up a part of their tab. The federal agency wants to expand its existing Lifeline subsidy program, which now only applies to phone service to cover broadband and mobile data as well.

Low-income households, mostly those who already qualify for food assistance or Medicaid, would receive $9.25 a month in subsidies to spend either on broadband Internet, mobile data, phone services, or bundled services.

“What we’re about is providing choice,”  FCC Commissioner Mignon Clyburn said. “This is about expanding the menu, so to speak.”

With some low-tier broadband plans already available for as little as $10, the subsidy would make such plans almost free. As many as 13 million households could benefit, including many veterans, seniors and the disabled, according to Clyburn.

“Our goal here is to allow the most vulnerable in this nation to realize that connectivity will open doors previously shut,” she said.

And it’s not just customers that would benefit. Doug Brake of the Information Technology and Innovation Foundation said many Internet providers would get new business.

“In urban low-income areas, the networks are already built. It’s just a matter of identifying those consumers that $9.25 would make a real big difference to and bringing them online,” Brake said.

Critics say the Lifeline program has a history of abuse, such as customers double-dipping. The FCC countered that criticism today by including in its proposal a plan that would create a national verification system, to cut down on fraud.

But telecom analyst James McQuivey of Forrester Research said there could be unintended consequences when government subsidies enter a complex market, such as telecom.

“Are we actually slowing down the investment in the infrastructure, because telcos have less reason to compete?” McQuivey asked. “Because if companies get customers through subsidies, they’ll have less incentive to get them by improving networks.”