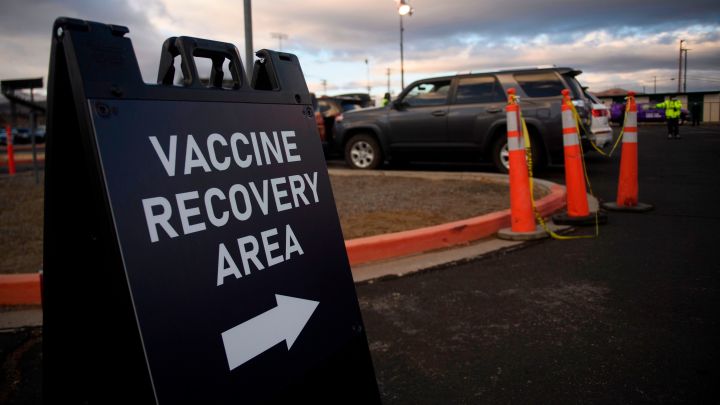 COPY
People who are refusing to get vaccinated are the greatest factor holding back economic recovery, some experts say. Patrick T. Fallon/AFP via Getty Images

People who are refusing to get vaccinated are the greatest factor holding back economic recovery, some experts say. Patrick T. Fallon/AFP via Getty Images
Listen Now

Most economists expected something like a million new jobs in April.

Instead, we got a quarter of that, which isn’t going to make much of a dent in recovering the 8 million jobs we’re still down since the pandemic hit.

And it’s happening in an economy that already has a lot tilted in its favor: trillions of dollars in relief payments and aid for small businesses and state and local government sloshing around.

The Federal Reserve is committed to keeping interest rates at zero to stimulate the economy, and we’re gaining ground against the pandemic.

So what more can be done to juice the jobs market?

Not everyone thought job growth was going gangbusters in April.

Dave Gilbertson at payroll processor UKG, which is a Marketplace underwriter, said last week he wasn’t seeing any big uptick. He said the reason’s not complicated.

Dean Baker at the Center for Economic and Policy Research said that money could be keeping some service workers from taking low-wage jobs right now.

“People working for $10 an hour or less, you’re getting more money not working than working. Most people want to work and they know the benefits expire, so end of August, you’re out of luck,” he said.

And there’s the pandemic, still with us and worrying us. John Leer at Morning Consult said it’s people who are so far refusing to get vaccinated who are holding back the economic rebound the most. Leer said one key to recovery: “Finding a way to convince folks who are vaccine holdouts or vaccine hesitant to get vaccinated.”

“I think economists have been repeatedly humbled through this crisis,” he said. “We just don’t have a good historical reference point to predict how the economy is going to recover.”

Zhao is confident we will arrive at full recovery, but the ride may be long and bumpy.