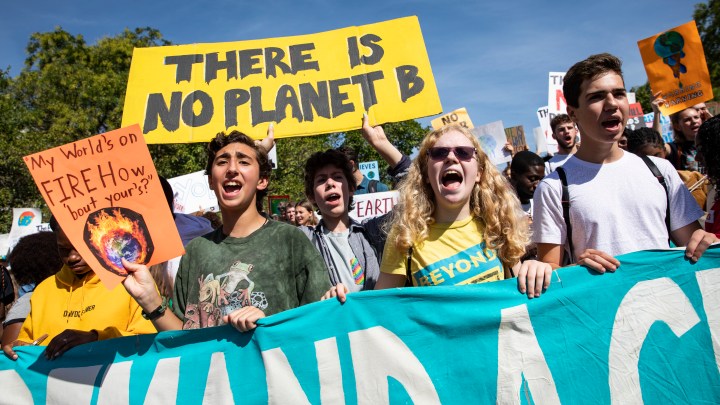 A new report from Swiss Re, one of the largest insurance providers in the world, issues a dire warning about climate change: that rising temperatures, higher sea levels, falling crop yields, and wildfires are all likely to reduce global wealth significantly by 2050. According to the report, climate change could eliminate as much as 14% of the global economic output in the space of 30 years.

Some countries will be affected more than others, said Jason Shogren, a professor at the University of Wyoming. “If you’re in Africa or in Latin America and your primary engine for your economy is agriculture or fishery or forestry, you’re going to be impacted a lot more by climate,” he said.

Even though the U.S. is less vulnerable, it’s increasingly plagued by wildfires, droughts and storms. In fact, Swiss Re says these phenomena gave it reason to adjust its insurance pricing model. Rising insurance rates are already presenting a major problem for Americans in flood-prone areas. In California, homeowners in areas exposed to wildfires have struggled to get insurance in the first place.

Professor Andrew Hoffman at the University of Michigan said that Swiss Re’s changes are likely to be followed by other insurers. It shows that climate change isn’t about politics, Hoffman said, it’s about reality. “An insurance company doesn’t have a political dog in this fight,” he said. “They’re just looking at the numbers.”

The report said that these scenarios could be managed with global coordination, acknowledging a “unique opportunity” to fight climate change. President Joe Biden this week committed to cutting emissions by half by the end of this decade, a target that will require slashing fossil fuel use drastically across the U.S.

According to Amir Jina, an assistant professor at the University of Chicago, Biden’s pledge is a start. “The commitments that you make, they need to be backed up by some policy that will get us there,” Jina said.