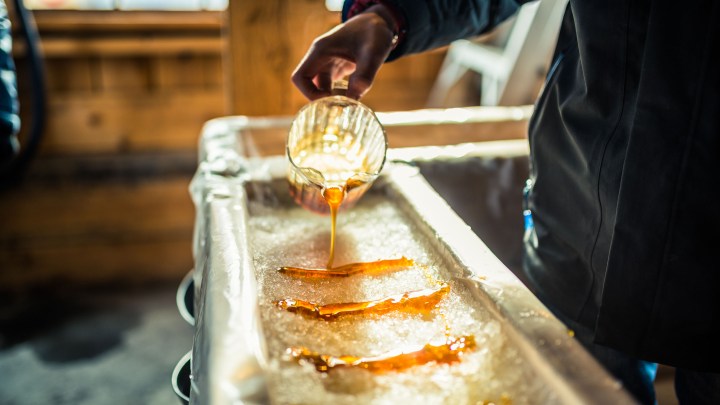 In the province of Quebec, early spring means it’s sugaring season. That’s when maple trees are tapped for their sap and many people in Canada will go for a traditional meal at a sugar shack. These are seasonal restaurants, that offer an indoor dining experience with maple syrup in every course.

But thanks to the pandemic, as many as 40 of the province’s 200 sugar shacks have closed for good, and more are at risk. To preserve this beloved French-Canadian tradition, in the region that produces 70% of the global maple syrup supply, dozens of sugar shacks have organized to offer patrons a way to bring meals home.

The Courcy family normally visits a sugar shack every spring. They eat traditional foods, including maple syrup frozen over snow.

Usually, they’ll sit at long, indoor, communal tables and listen to live fiddle music. But this year, they’re picking up boxed meals to eat at home, to be supportive, said Etienne Courcy.

Sugar shacks already had a challenging business model pre-pandemic. They only open for a month or two at the start of sugaring season in early spring.

So the pandemic arrived at the worst possible time last year, said Daniel Laurin. He and his wife are the fourth generation running this sugar shack, Le Chalet des Érables.

“Everything was ready, fridges were full of meat,” he said, recalling the start of the pandemic shutdown. “And all of a sudden, the government asked us to shut down our business.”

Laurin said the maple sap harvest makes up only a fraction of their annual revenue.

This year, Laurin’s daughter, Stéphanie Laurin, proposed takeout meals and organized 70 sugar shacks to join in. Customers order meals online to pick up either on site or from one of the province’s largest supermarket chains, which is giving all revenues back to the sugar shacks.

Cooke said her friends are sharing pictures of their meals on social media, “saying, ‘Wow, look, what I’ve got, this is great. I scored.’ But you’re going to lose the the sense of interaction and cultural celebration,” she said.

Those are the kind of cultural experiences the sugar shack owners say they hope to provide again, as long as the online orders keep them going until customers can come back next season in person. 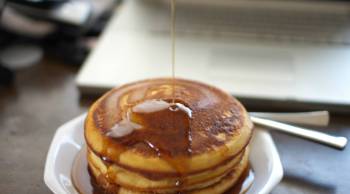