COPY
"I think theater is resilient," said Broadway's Kathryn Allison. "There's nothing like sitting in a theater with a group of people, watching something that you know tomorrow's audience will never see." @anniek_with_a_camera
COVID-19

"I think theater is resilient," said Broadway's Kathryn Allison. "There's nothing like sitting in a theater with a group of people, watching something that you know tomorrow's audience will never see." @anniek_with_a_camera
Listen Now

The Broadway industry contributed $14.7 billion to New York City’s economy and supported 96,900 jobs during the 2018-2019 season, according to Broadway League — an industry that’s been on pause for over a year now due to the coronavirus pandemic.

The city’s arts and entertainment venues can begin to reopen at limited capacity today, although it’s likely that Broadway shows will not fully resume until the fall. Last week Mayor Bill de Blasio announced the city’s plan to open a coronavirus vaccination site on Broadway specifically for those who work in the theater industry, an attempt to aid the resumption of rehearsals and eventually live performances.

It’s a glimmer of hope for the performers whose careers have been in limbo since March 12, 2020, when theaters shuttered their doors.

Kathryn Allison, a Broadway actor and citizen artist whose credits include “Aladdin” and “Wicked,” was just 10 days away from the opening of the musical “Company,” in which she was an on-stage principal understudy, when theaters closed.

She’s been able to do some work in the meantime: virtual concerts through the nonprofit Sing for Hope, for instance, and vocal demos for those who are developing new musicals. But it’s nothing compared to what she used to make on Broadway.

“Honestly, if it was not for the pandemic [unemployment] insurance that we get, I don’t think I’d be able to keep doing what I’m doing now,” she told “Marketplace Morning Report” host Sabri Ben-Achour.

Allison spoke with Ben-Achour about surviving the past year — and why she hopes Broadway will look different when it reopens. The following is an edited transcript of their conversation.

Sabri Ben-Achour: When the pandemic hit and Broadway shut down, what happened in your world?

Kathryn Allison: I was doing “Company,” the musical, at the time. And our producers called us and said, “we’re going to shut down for two weeks.” So I applied for unemployment.

Luckily, there are some really great local organizations. One of them, Sing for Hope, started employing a lot of artists, and so I started doing singing telegrams for them pretty early — which was a beautiful experience, I still do it now. And I’m really lucky that I’ve been able to do a lot of demos for people who are creating new musicals during this time. I worked with a show called “Our Cartoon President.”

But, honestly, if it was not for the pandemic insurance that we get, I don’t think I’d be able to keep doing what I’m doing now.

Ben-Achour: Do you think the pandemic has hurt the theater industry? I mean, do you think it’s going to have some scars when it finally does reopen?

Allison: I think theater is resilient. There’s nothing like sitting in a theater with a group of people, watching something that you know tomorrow’s audience will never see.

In terms of hurting, I don’t know. It’s always been an elite platform in terms of performers. And I do worry, that — the young kids, who had just moved to the city and got their first job, and they’re so ready to start auditioning — it’s been ripped out from under them, this dream. And I just really hope they don’t get discouraged.

Because we saw musicals like “Ratatouille” and all these live performances that happened online that garnered so much attention and made so much money. I mean, “Ratatouille” made almost $2 million [for] the Actors Fund. And what that lesson is, I hope, is that theater is accessible in so many other ways. So, how can we do that to reach out to more communities and performers all over the world?

Ben-Achour: The theater industry has been having its own reckoning with racism and elitism. As a Black woman, how have you been processing these conversations? And do you think things will be different when Broadway finally does reopen?

Allison: I hope so. I think it’s a process — racism is not going to be solved tomorrow. White supremacy is not going to be ended tomorrow. For so long, the theater industry has been isolated. And now people are seeing the underpinnings. And I think that’s good. I think it’s a good way to hold us accountable and make sure that we’re doing the work that needs to be done. 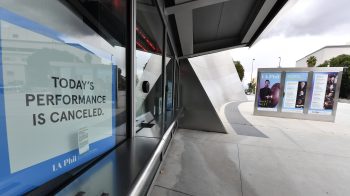