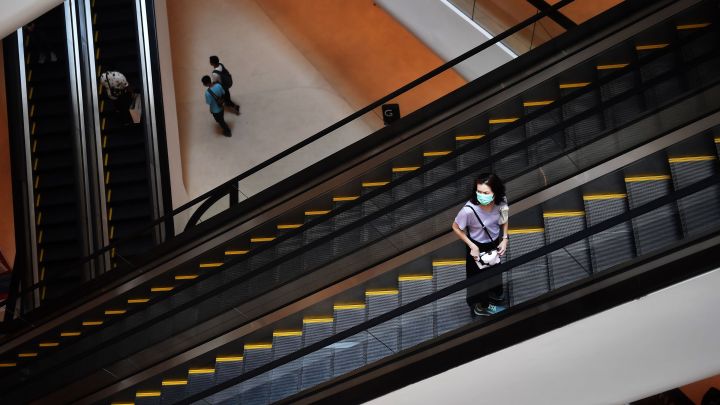 COPY
More than half of the jobs lost during the pandemic have been lost by women. Lillian Suwanrumpha/AFP via Getty Images
COVID & Unemployment

More than half of the jobs lost during the pandemic have been lost by women. Lillian Suwanrumpha/AFP via Getty Images
Listen Now

The Labor Department’s monthly jobs report shows some employment gains for women in February, but there’s a long way to go. Which brings us to this: In a financial filing this week, ThredUp, the secondhand clothing site, said the pandemic and the lockdowns have “disproportionately affected women, our predominant buyer demographic.”

More than half of the jobs lost during this pandemic were lost by women. Dana Peterson, chief economist at the Conference Board, said that’s in part because they’re more likely to work in certain fields.

“Hotels and restaurants, travel, certain types of brick-and-mortar retail. And many of these businesses either closed or were shedding workers throughout the pandemic,” she said.

Also, more than 2.3 million women have dropped out of the workforce entirely, compared to 1.8 million men. In many cases, it’s been to take care of their kids and help them with remote school.

“Women’s labor force participation is lower than it’s been since 1988. We’ve lost a generation’s worth of progress,” said Emily Martin at the National Women’s Law Center.

Relief checks and unemployment benefits are helping for now, but Martin says this crisis could have long-term effects on women’s economic prospects.

“We know that about 40% of women who are currently unemployed have been unemployed for six months or more. When those women go back to work, get a new job, those long spells out of the workforce tend to show up in lower wages,” Martin said.

Lower wages means less money to spend, which is a problem for retailers, especially ones that sell, say, women’s clothing. But the ripple effects could go even further.

Women tend to make most of the shopping decisions for their families, said Tiffany Hogan, an analyst at Kantar.

Kantar has done research on this; 63% of people who said they do all or most of the apparel shopping for their households are women, compared to 37% for men. The numbers are similar for household items and groceries.

And Hogan said when you lose a job, “it makes you make decisions a little bit differently. You might be a little bit more conservative with what you’re buying, because you’re even more acutely aware of what’s been lost because you’re the one to lose it.”

So whether or not women recover economically from this pandemic is everybody’s problem.