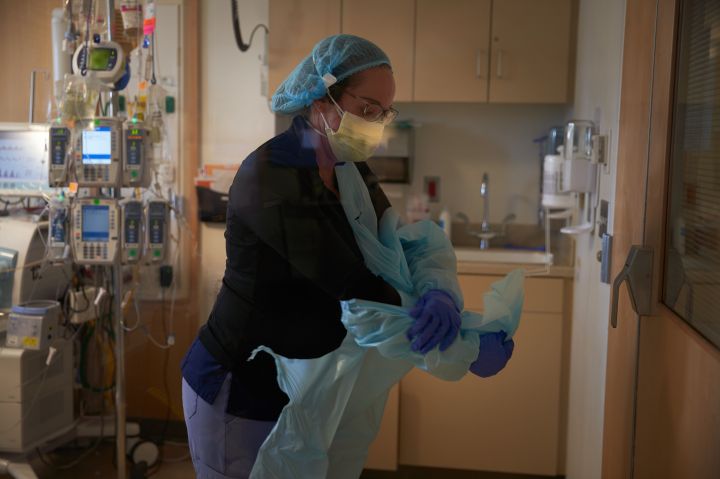 As we enter 2021, the American workforce looks vastly different from what it looked like a year ago. Millions of Americans lost their jobs due to the pandemic, and working women have been disproportionately affected. Marketplace’s Kimberly Adams spoke with Chabeli Carrazana, economy reporter at The 19th, about what 2020 has meant for women in this economy. The following is an edited transcript of their conversation.

Kimberly Adams: How were women doing in this economy at the beginning of this year? Pre-pandemic, in the before times?

Chabeli Carrazana: Well, if we can pause and think back to the before times, which feel like several eons away from us, right before this pandemic started in December of 2019, women surpassed men as the majority of the labor force for only the second time in history. The only other time that had happened was during the Great Recession, when so many men lost their jobs that women actually surpassed them. And so we had reached a point right before all this started, where that had happened again, and it had happened naturally through so much growth that was taking place for women in the labor force, where they got to that 50.04%, just edging out men.

Adams: And then what happened?

Carrazana: Well, then what happened was the start of this country’s first female recession. And what that meant was that the jobs that really went away this year, the vast majority, were jobs that were held by women. And that was unusual, that had never happened. But this year, we’re looking at retail, hospitality, the care fields — those were the jobs that went away. And so in about three months, what we lost were about 11 million jobs held by women in this economy. And so it started what we have and are still enduring to this day, this recession that has hit women so much harder than men. And there has been an enduring piece of this, which is the second part of it, is this child care crisis that we are also living in.

Adams: I want to come back to the child care crisis in a moment, but a lot of your writing has highlighted the fact that in this first-ever she-cession, it’s hitting women of color particularly hard. Can you talk about what that trend has looked like?

Carrazana: Yeah, that has been, you know, one of the saddest parts of this entire experience. If we look at unemployment, for example, it’s just one measure. But unemployment for women peaked around like 15.5%. But for Latinas, it hit 20.2%. For Black women, it hit 16.5%. So much of that goes back to this occupational segregation that we talk about sometimes where it’s, what are the fields that these folks are pushed into? And ultimately, those fields are a lot of caregiving fields — nursing, health care. I mean, we wrote a story recently about the first people who need to get vaccines across the country. We looked at every single state, and in the vast majority, two-thirds, you were looking at a woman. And in most cases, you were looking at a woman of color. And so that I think spoke eons about, these are the people who are most at risk.

Adams: Can you talk about just this astronomical number of women leaving the workforce?

Carrazana: Yeah, I think the shocking number came to us in September, when 865,000 women left the labor force. And it was just so clear what had happened. You know, school was back, and school was back virtually. And so you had all of these women who were at home and looking at a new school year. They were just making a decision. And it was a difficult decision for a lot of women who said, “I’m just going to quit my job and care for my kids because there’s no safety net for me right now.” And so that’s what we’ve seen over and over, is women who are making the decision to leave their jobs, to leave the labor force. Because all of these other safety nets were not there for them.

Adams: How long do you think it’s going to take women to gain back these jobs and the wages that they lost?

Carrazana: Yeah, so much of that is going to depend on what the recovery looks like, where we put our focus. I mean, it could take years. I’ve seen all kinds of estimates, depending on if we do X, Y or Z. But we know for example, earlier in the year, there was a study that was done on the gender pay gap, and it found that the gender pay gap may not get back to where it was prior to the pandemic for another decade. We have widened that so much because you have women leaving and then taking so long to get back in the labor force, that causes them to have a harder time coming back in at the same pay. This is going to have long-lasting consequences for all those women who in December 2019 had reached a milestone. 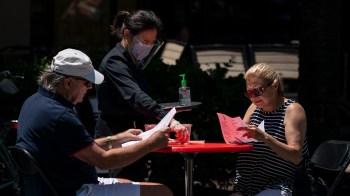