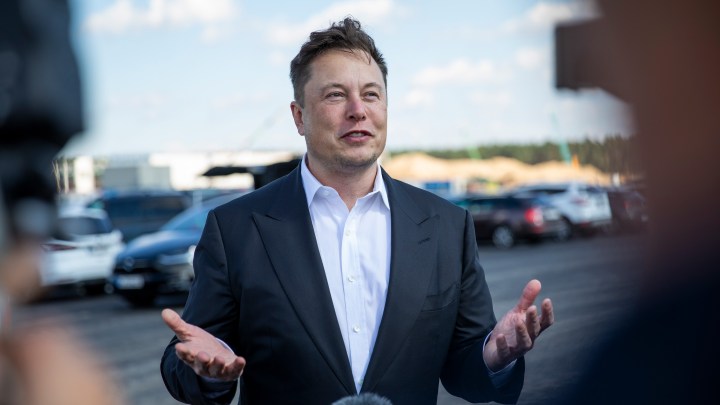 Elon Musk, the chief of Tesla and SpaceX, is sponsoring a contest with a big financial payoff, aimed at developing carbon-removal technology. Maja Hitij/Getty Images

Elon Musk, the chief of Tesla and SpaceX, is sponsoring a contest with a big financial payoff, aimed at developing carbon-removal technology. Maja Hitij/Getty Images

Crowdsourcing has worked well for traffic apps and getting the private space-travel industry launched, so why not try it on a grander scale for global problems like climate change?

That’s what Elon Musk, CEO of SpaceX and Tesla and the richest person in the world, is doing by sponsoring an innovation contest for carbon-removal technology that has a $100 million prize.

The global competition, run through the nonprofit XPrize, will kick off on Earth Day (April 22) and wrap up on Earth Day 2025. The entries will be evaluated for their ability to remove at least 1 ton of carbon dioxide per day, to economically scale to the gigaton level and store carbon dioxide for a minimum of 100 years. “The main metric for this competition is fully considered cost per ton,” the contest announcement reads.

Competition is a great way to jump-start innovation in technology. But for carbon-removal tech to have a real impact, governments will have to step in and provide incentives, experts said. And when it comes to climate change, the scale of the problem is much larger than the usual issues addressed by innovation contests.

“$100 million in the context of an energy system that invests a trillion dollars a year, you know, isn’t a big deal,” said Gregory Nemet, a professor at the La Follette School of Public Affairs at the University of Wisconsin-Madison. “But in terms of [Musk] using his name and his prestige and catalyzing interest, I think that’s really what we need to complement other channels for stimulating innovation in carbon removal.”

Brian Berkey, an assistant professor of legal studies and business ethics at the Wharton School, said, “Governments are the most important actors when it comes to big global problems like climate change. One thing we want to avoid is thinking that Elon Musk doing this is some kind of substitute for the government action that’s also necessary.”

When it comes to figuring out the specifics of the best carbon-removal technology, an incentive prize competition is actually well suited to the task, said Melissa A. Schilling, professor of management at New York University’s Stern School of Business and director of technology and innovation at the Fubon Center.

Prizes work well for projects that might be hard to commercialize or carry a lot of uncertainty, but are useful “either because there’s a huge commercial payoff on the end of it that maybe other industries are counting on, or because it’s got some sort of social welfare component,” Schilling said.

Another upside to incentive prize competitions is that they attract a much wider range of participants, in turn eliciting a diverse spectrum of solutions, she said. There is also a multiplier effect. If you put up a $10 million prize, Schilling explained, the participants might collectively spend $100 million on their projects.

In terms of the timeline, the 2025 end date is just five years before the United Nations’ Intergovernmental Panel on Climate Change said the world needs to seriously scale back emissions to avoid warming more than 1.5 degrees Celsius. But that’s OK, Nemet said, because the use of this technology will come later anyway.

Carbon removal is different from carbon capture. The capture process stops carbon dioxide from entering the air, while carbon removal extracts already-released carbon from the atmosphere or oceans and stores it, typically underground. The real payoff from carbon removal will come later, when we’ve done the “relatively easy stuff” like transitioning to renewable energy, Nemet said.

“But, just because we’re talking about doing removal in, say, 2050, that doesn’t mean we can wait until 2045 to get started on it,” he said. “These are new technologies. They’re going to require infrastructures. [We’ll have to] figure out incentives, get the cost down, get the capture efficiency up, figure out how we’re going to monitor and verify all the storage that we need to do.

“So starting the contest now and awarding things in 2025 — that’s actually what we need in order to really kick-start a lot more effort than we have now.”