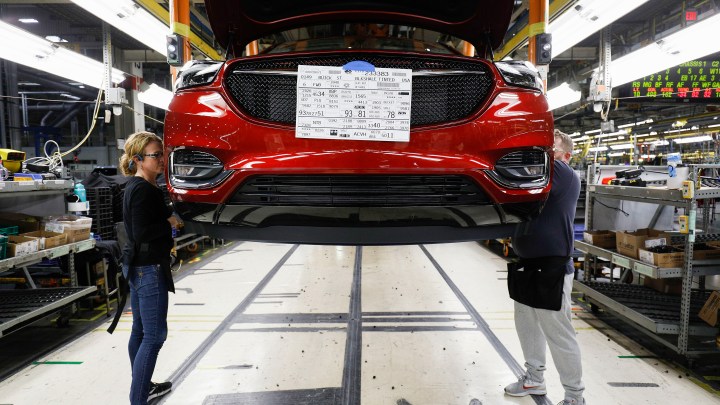 GM beat expectations for revenue and earnings in its quarterly results out Wednesday morning. This, after announcing Tuesday that it had to keep three assembly plants idle because of a semiconductor chip shortage.

The company said those would remain closed until at least the middle of March. What will workers in those plants do in the meantime?

The three plants are in Canada, Mexico and Kansas. GM said the U.S. plant employs some 2,000 workers.

Jeff Shockley at Virginia Commonwealth University said a temporary closure, as opposed to a plant shutting down for good, is relatively common in the auto industry.

“Temporarily closing plants is not necessarily a huge concern because of a supply shortage, although it might send a signal that there are inherent supply chain or capacity problems,” Shockley said.

According to the Auto Workers Union, those U.S. employees will receive supplemental pay and unemployment that pays 75% to 80% of their salary and benefits.

“They’re down for a week or two or three,” he said. “These people will come back in, and they may have to give up a summer break to make up for it later.”

But they’re not out of a job.

GM also said the semiconductor shortage and temporary plant closures do not change the company’s “commitment to an all-electric future.”