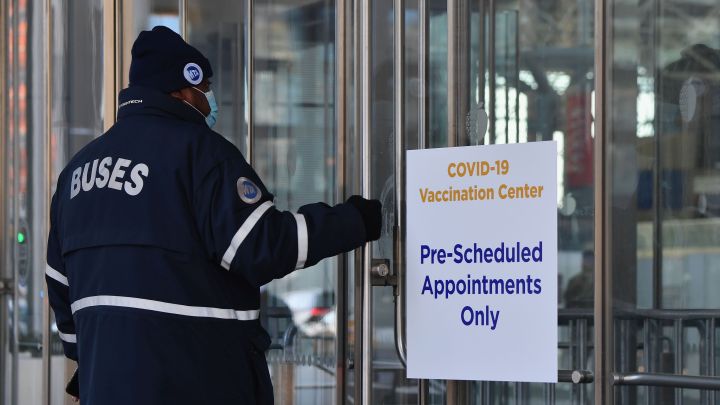 COPY
For people who aren’t comfortable with technology or who aren’t able to be online at all, the current system can be a major barrier to landing a vaccination appointment right now. Angela Weiss/AFP via Getty Images
Fast-Track Vaccines

For people who aren’t comfortable with technology or who aren’t able to be online at all, the current system can be a major barrier to landing a vaccination appointment right now. Angela Weiss/AFP via Getty Images
Listen Now

About 32 million COVID-19 vaccines have been administered so far in the U.S.

Vaccination procedures have been all over the place. In some places, you can just go and wait in line. In others, you have to schedule an appointment — and that usually happens online.

That is raising concerns about who’s getting access and who isn’t.

If you live in New York City, for example, and you want to get a COVID-19 vaccine, there are three different city websites to check first to find out if you’re eligible and see if there’s an appointment available, according to Noel Hidalgo, the executive director of the nonprofit BETA NYC. “And then every single health provider has their own scheduling app,” he said, and their own registration process.

All of these sites, said Hidalgo, work much better on a computer browser than on a smartphone or tablet. “When you’re on a device with a smaller screen, and you’re literally having to hop around from website to website, it’s a really daunting process.”

For people who aren’t comfortable with technology or who aren’t online at all? The current system can be a major barrier to landing a vaccination appointment right now, and not just in New York City.

“There’s been, unfortunately, so much conversation about who should be in what phase, and not nearly as much attention on, how do we actually make sure that the people we’re prioritizing can get the vaccine in their arm?” said Denny Chan, an attorney with the legal advocacy organization Justice in Aging.

Chan said there’s a lot of overlap between people who don’t have good internet access or any at all and those who are most vulnerable to COVID-19 in terms of age, income and race and ethnicity. “There’s a lot of intersectionality, when we think about the equity issues.”

“Black and Hispanic people were receiving smaller shares of vaccination, while in contrast they have accounted for disproportionately high shares of cases and deaths related to COVID-19,” said Samantha Artiga, vice president and director of racial equity and health policy at the Kaiser Family Foundation, which recently analyzed demographic data about who’s been vaccinated so far from the seventeen states that have released it.

“Given the patterns,” Artiga said, “I think they raise some early warnings and concerns that point to really the importance of prioritizing equity as vaccine distribution rollout continues.”

To do that, she said, governments are going to have to make it much easier for people to get appointments, and not just online. 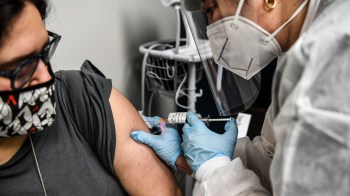