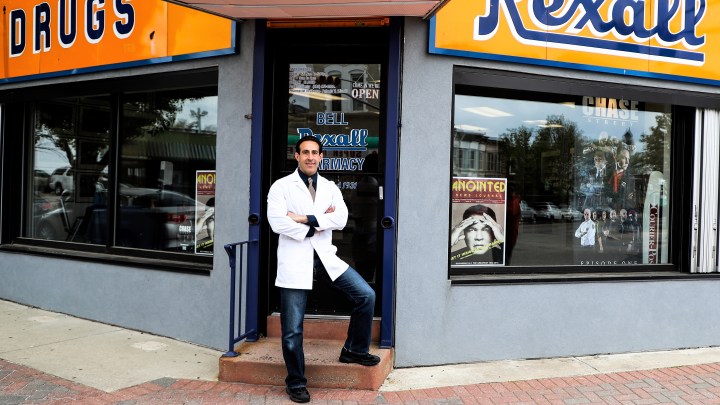 A year ago, we published a story about a small community pharmacy — Bell Pharmacy in Camden, New Jersey — that was waiting for its chance to start COVID-19 vaccinations. The owner, Tony Minniti, was investing time and money into building out the operation without knowing when the first shipments of vaccines would arrive.

One of Minniti’s biggest concerns was vaccine access. The pharmacy is in a neighborhood called Parkside. Many of the people who live there are seniors, and they were having a hard time getting online appointments at megasites and chain pharmacies.

The other thing that was on his mind: Most of the people who live in Parkside are Black. And when Minniti was trying to get his vaccine program going, Black Americans were more likely to get COVID and die from it. They were also getting vaccinated at much lower rates than white Americans.

So, Minniti worked with community groups whose members went door to door to get the word out about the vaccine, and they promised that when Bell Pharmacy finally got the vaccine, local residents would have priority.

Bell received its first shipment of vaccines in early April. Almost instantly, its online appointment system was flooded with requests from people outside the city.

“I would go on the scheduler, and everybody would be from Philly or an outlying suburb,” Minniti said. “Nobody from Camden could get an appointment.”

Minniti set up the system so people would have to put in their ZIP code and then wait for him to approve the appointment. So he just kept bumping nonresidents down the list.

He then realized that people who lived in Parkside were just walking in and asking for a shot. So, the appointment system? He got rid of it.

After that, things went pretty smoothly … for about a week.

Then, the Centers for Disease Control and Prevention paused its authorization of the Johnson & Johnson vaccine after a very small percentage of people developed blood clots.

That was a big blow because it was the only vaccine Bell Pharmacy had at the time, and it made some people afraid to get vaccinated at all.

“It was those who were sort of on the fence, and they were kind of getting on board with it. And then this happens,” Minniti said.

Eventually, the CDC reauthorized the vaccine, and things ramped back up — especially when the pharmacy got shipments of Pfizer and Moderna.

In the fall, the pharmacy pivoted from doing a lot of vaccines to a lot of tests. It also started offering monoclonal antibody therapies, treatments that can make COVID less severe for people who already have it.

The antibodies can be infused or given through four shots all at once. Patients then have to wait for an hour in case of a reaction. So, Minniti bought four black recliner chairs and a TV and set them up in a room on the second floor of the pharmacy.

The Food and Drug Administration recently rescinded its authorization of several kinds of monoclonal antibody treatment, saying they weren’t effective against the omicron variant of the coronavirus that causes COVID-19.

So, yeah, Bell Pharmacy has had to roll with the punches. But Minniti said that’s doable because the pharmacy is small and he owns it.

It’s kind of like how he snapped his fingers and got rid of the appointment system. “Since it’s just me, I can evolve in real time. You know, the appointments aren’t working, so they’re gone.”

He doesn’t have to make his case to a big corporation like he would as a pharmacist who works for a chain, and he said that makes it easier to serve his community.

Bell Pharmacy has provided more than 5,000 vaccinations in the past year — 95% of which went to Camden residents.