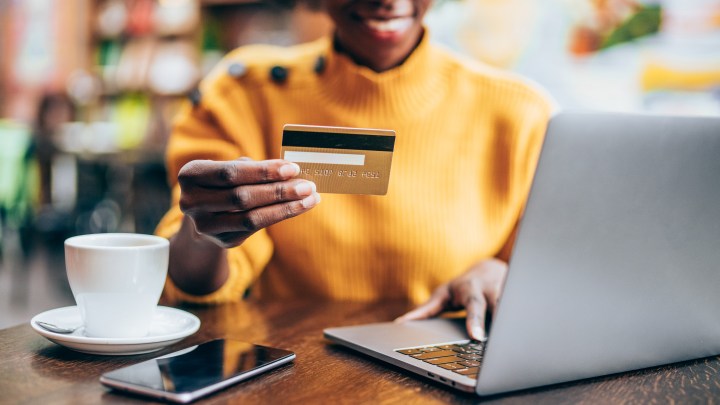 Credit card delinquencies hit the lowest level on record in the second quarter of last year, just as the pandemic was settling in, according to a report from the American Bankers Association.

Delinquencies stayed low during the third quarter, too. The report found that they fell, in part, because people used government relief funds to pay off their bills.

“Consumers have become much more careful about their spending,” he said.

According to the New York Federal Reserve, that trend started at the beginning of 2020.

“That is what you kind of want to see in the context of a healthy consumer sector,” said Tim Quinlan, senior economist with Wells Fargo Securities.

The thing is, Quinlan said, we shouldn’t get too excited when fewer people are delinquent on their credit card bills. That’s because credit card balances are a relatively small part of overall household debt.

“It’s the smallest overall category, much smaller than mortgages, and a little bit smaller than auto loans and even student loans,” Quinlan said.

And the people paying off their bills last year don’t represent the entire economy, said Teresa Ghilarducci, an economist at the New School for Social Research.

“Having debt on your credit card is a middle-class phenomenon,” she said.

People with high incomes, she said, tend to have low balances.

On the other hand, “poor people have a hard time getting access to a credit card. So they’re not fully banked,” Ghilarducci said.

Some of the most troubling forms of debt right now, she said, are student loans and the debt many renters owe their landlords. The government has deferred those payments for now, but “those arrears are mounting.”

“So we are seeing a situation where poor people have a lot more accumulated debt that’s just been built up,” Ghilarducci said, adding that in the long run, student loans and rent will be much bigger hurdles than the country’s credit card debt.