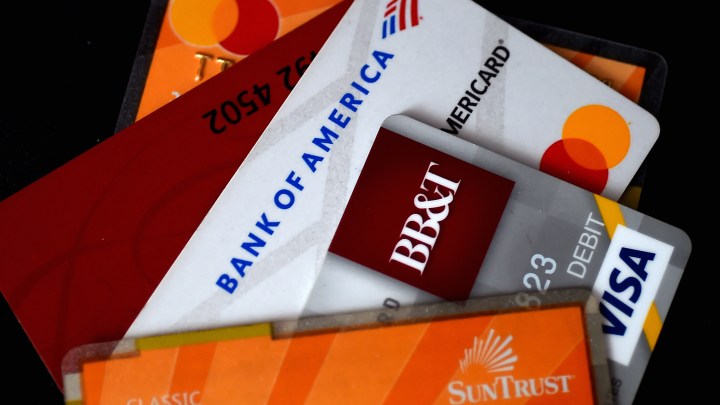 We learned this week that household debt is rising, according to the New York Federal Reserve. You can thank the booming housing market for that, along with student and auto loans.

However, that same report found that credit card debt is falling. That’s good news, right? Well, yes and no.

Ever since the pandemic started, many people have been receiving government relief. Kathy Jones, chief fixed-income strategist at Charles Schwab, said people have also had fewer ways to spend that money.

“So that combination really sent the savings rate up, and people were just not accumulating that credit card debt,” she said.

The New York Fed says people have been using their savings to pay off existing credit card debt. And that is good news, said Blair duQuesnay, an investment adviser at Ritholtz Wealth Management.

But money spent paying off credit card debt is money that’s not flowing into the economy.

“If we pay down our debts rather than go out and spend, it’s good for our balance sheets, but bad for economic growth,” said Tim Quinlan, a senior economist at Wells Fargo.

He said earlier this year, government aid programs helped people save and spend money on the things they needed. But now that many of those programs have run dry, “you’re kind of seeing this paydown on credit cards coming at the expense of the strong retail spending that we saw during the summer,” he said.