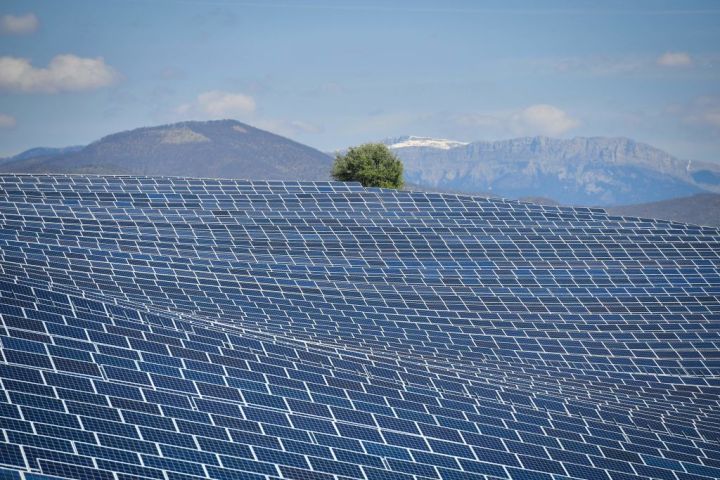 The French oil giant Total said Monday it would pay $2.5 billion for a 20% stake in the world’s largest solar developer, Adani Green Energy, an Indian firm.

It’s the latest example of Big Oil trying to diversify and remain relevant as electric vehicles and other renewable technologies advance.

Doug Vine, senior fellow at the Center for Climate and Energy Solutions, said oil companies are responding to a host of pressures.

“As concerns about climate change accelerate and as countries signal their commitments to fully decarbonizing their economies, the future of oil has never been more uncertain,” he said.

That uncertain future has led oil companies to begin the process of reinventing their business models.

Total has invested in a mix of renewables. In going bigger on solar, Total is hedging its bets, Robert Kleinberg at Columbia University said.

“If you think of new energy as a roulette game, they’re betting on red and black and even and odd and all three columns,” he said.

And make no mistake, Total and other industry leaders are not giving up on oil just yet. Kleinberg said big oil companies are not particularly concerned with what kind of energy they’re selling, they just want to remain profitable, but they can see the energy transformation around the corner.

Energy industry consultant Sara Vakhshouri said this particular partnership with Adani Green Energy makes a lot of sense for Total. After all, India is one of the world’s fastest-growing markets for energy demand.

“If you’re an international energy company and you are looking to be ahead of your peers in the game to seize a huge chunk of market share, India is where you want to be,” Vakhshouri said.

She said the other place multinational energy companies are looking to invest is southern Africa, because, like India, that region is moving fast toward increasing electricity access to more citizens.