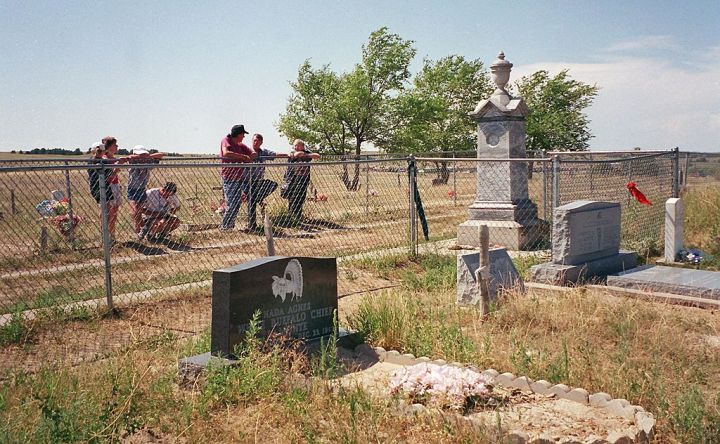 COPY
A 2001 photo of the Wounded Knee cemetary and memorial, located in Badlands National Park on the Pine Ridge Reservation. Francis Temman/AFP via Getty
Race and Economy

A 2001 photo of the Wounded Knee cemetary and memorial, located in Badlands National Park on the Pine Ridge Reservation. Francis Temman/AFP via Getty
Listen Now

The Pine Ridge Reservation is over 2 million acres large, and roughly 20,000 people call it home. But when it comes to getting a business loan, there’s only one place on the reservation to go: an institution called Lakota Funds.

Lakota Funds is a Community Development Financial Institution, or CDFI, an organization that lends primarily to businesses in low-income areas. The Pine Ridge Reservation is a prime candidate for a CDFI; according to the Census Bureau, the poverty rate in Oglala Lakota County — which contains the Pine Ridge Reservation — is one of the highest in the nation.

Tawney Brunsch is the executive director of the Lakota Funds. She spoke with “Marketplace” host Kai Ryssdal about the economy and opportunities on the reservation. The following is a transcript of their conversation.

Kai Ryssdal: Tell me about the businesses to which you lend. What lines of work are they in?

Tawney Brunsch: So we don’t have a lot of businesses on Pine Ridge. You drive through each of the nine districts and you’re not going to see your typical main streets, you know, with curbs and gutters and storefronts and all of that. Our businesses are sometimes mechanics operating out of their own garage. We have a lot of quilt makers, for instance, where I’ve walked into to some of our clients’ homes and they’ve dedicated most of their house to the quilting machines and stuff. But currently, Lakota Funds’ portfolio is made up of primarily ag producers.

Ryssdal: You grew up on Pine Ridge, right?

Brunsch: I grew up 12 miles south of the Badlands, south of Interior, South Dakota. And so yes, this is home actually. It feels like I’ve come full circle, because growing up here, my grandma Isabelle Pourier actually owned the business Belle’s Diner and laundromat, right across the street from where my office is currently. So it felt good, like the universe had directed me back home.

Ryssdal: I bet. Tell me about your grandma, though. I mean, I can’t imagine, however many years ago that was, it’s got to be 50-60 years ago, trying to get a business running on Pine Ridge.

Brunsch: Absolutely. And so my grandma, and that’s some of my fondest memories of her, honestly, she started with the laundromat. And pretty soon she’s making, you know, her homemade caramel rolls. Those became so popular that she converted the whole space to be a cafe. She had to live at the back of her store to make that business work. And that’s what she did.

Ryssdal: Your grandma winds up [a] businesswoman. How do you wind up in banking? Did you leave the reservation? Did you leave Pine Ridge and then come back?

Brunsch: I did. So we’re where we grew up was about equal distance from about three different high schools. And some of those were on reservation, some of them were off. The decision that my parents made to send me to school off reservation really changed my whole life. I went to South Dakota State University and got my degree in commercial economics. Because I wanted to be like the movie “Wall Street.” I’m giving away my age here. But the movie “Wall Street” was huge. In the day, I wanted to be like working, you know, on the New York Stock Exchange, I wanted to be a stockbroker. So I went to school to be in commercial economics. There became a position available in Wall, [South Dakota] for a branch manager for Black Hills Federal Credit Union. I applied and, of course, got the job and was at Black Hills Federal for eight years before I started at Lakota Funds.

Ryssdal: So let’s be clear, you didn’t want to be Gordon Gekko. You didn’t want to do that whole “greed is good,” right? But look, the reason I asked you about yourself is so I could ask you this question, which is: young people today, when they leave Pine Ridge, do they come back? Because that’s the economic future, right?

Brunsch: Absolutely. And I think it kind of, we can’t get away from Pine Ridge, because this is home and there’s no place else like it. It’s hard to leave. But a lot of times even if these kids you know go to school somewhere, it’s hard for them to finish out and get their four year degree. Sometimes they do leave and never come back, because they don’t see the economic opportunity here. And I just feel like that it should be completely opposite from that. We need every type of business on the Pine Ridge Reservation. Start your own business. Come back to Pine Ridge and start your own, and then employ as many people as you want. But it takes a while before, you know people, see that opportunity. I think it takes some time in us delivering that message. 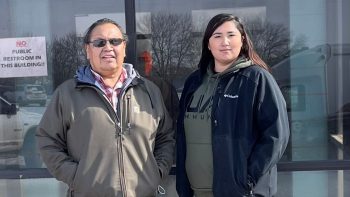