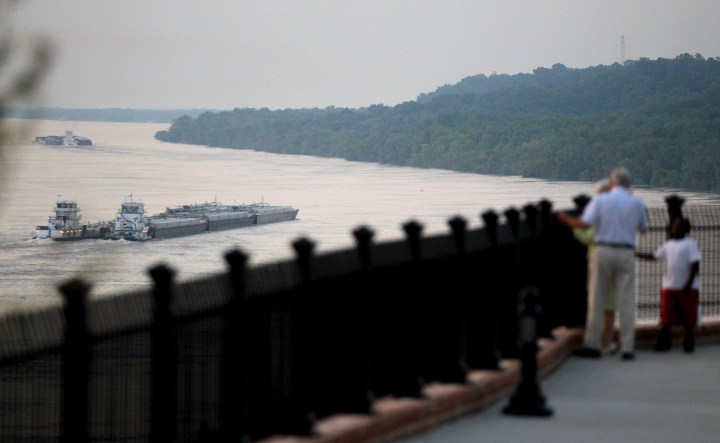 U.S. oil demand is down around 13% year-to-date as a result of the coronavirus pandemic. As the country continues to battle a surge of COVID-19 cases, demand is likely to stay at reduced levels into 2021. For Golding Barge Line, a company that transports petroleum and petrochemicals, among other chemical products, that low demand has a direct impact on their business.

Golding Barge Line is based in Vicksburg, Mississippi, and pushes products along the Gulf Coast and U.S inland waterways. Austin Golding, the company’s president, spoke to “Marketplace” host Kai Ryssdal, about how his business is weathering the continued slowdown. Below is an edited transcript of their conversation.

Ryssdal: Well, that’s funny ’cause, I mean, you know, so I have to come down to the studio every day to do the show for a whole lot of reasons. But there’s traffic out there, man. There’s people driving around. It’s not like nothing’s happening.

Golding: Oh, yeah, I get that a lot. You know, the example I’ve used recently is if you watch football, and you see these empty stadiums, every seat that you see empty is a gas tank that didn’t get filled up. And I think the other part that people really don’t understand about our country is we’re really a commuter-based society. And, you know, we’re seeing that top 20% is still not back.

Ryssdal: Yeah, that football stadium analogy is a good one. So I’m guessing you are banking on this vaccine in a big, big way.

Golding: We are. I mean, I think the vaccine and having everybody participate in that and work towards less of a threat, where we can get back to normal life, is really essential to our business. So this is our path forward.

Ryssdal: You carry mostly petrochemical stuff, is that your whole deal? I mean, could you diversify away if you had to, if this thing goes on because, look, it’s gonna go till next fall, right? Not everybody’s gonna be vaccinated. It’s gonna be a while. All of that stuff, you’re looking at like nine more months? Ten more months?

Golding: Yeah. Look, we’re, I think, prepared to ride that out. Now, could this volume, as we operate today, sustain our business and the amount of businesses that do what we do? Absolutely not. And yes, we could diversify. We can push other products. But when you have the capital invested that we do, and the types of barges that we do, yeah, we’re definitely counting on a comeback. And I think it’ll happen. I mean, it’s nine months of a barge’s lifespan — that being 30, 40 years — we should be able to sustain that, I would hope.

Ryssdal: Yeah. Are you — have you had lay anybody off? I mean, how’s the whole labor force side of the barge business?

Golding: Well, we haven’t had to lay anybody off here at Golding Barge Line. We have had some attrition that we haven’t replaced. We also, I think as an industry, have seen a withdrawal of some of the older folks. Career mariners make really good money. And, you know, if they’re in their 60s or even in their 70s, a lot of them still work. They may take a year off. And I think we’re seeing some of that right now. It’s not as loose as you would think, being as slow as we are.

Ryssdal: Last question. The incoming Biden administration, they’re gonna be some new policies, new regulations. What are you looking at? What do you think is gonna happen to you?

Golding: Well, you know, on the positive side, we’re certainly hopeful that the stability with America’s place in the world internationally helps our business. Most of what we move is a piece of an international supply chain. But make no mistake, Joe Biden and his administration is a self-proclaimed enemy of my cargo. They are no fans of what we push. I think that the slow withdrawal from, you know, the carbon footprint of what we have is something that will lead to long-term evolution even within our industry. But any short-term quick movements [are] gonna to be met with with very strict opposition from our side. It’s just that plain and simple. And I know not everybody agrees with that and has a lot of supporters that support that path. But for us, if you’re an enemy of our cargo, I’m gonna have to have a lot of other positives to get me back on your side. 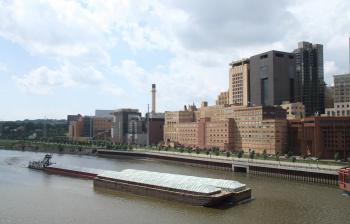 Shipping in the age of COVID-19