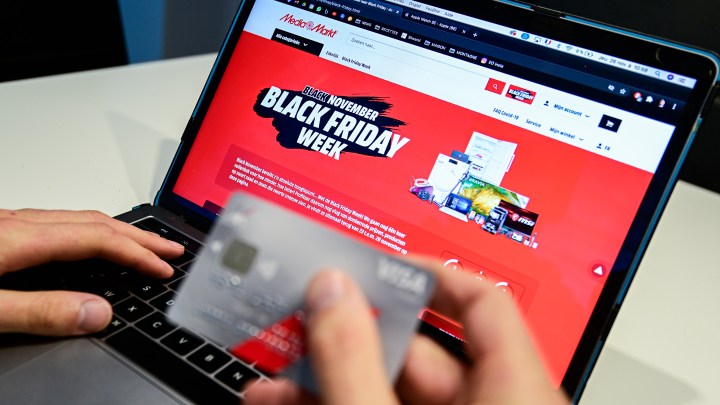 Every year, Nicole Fritz in Michigan goes to holiday gatherings where she sees co-workers or cousins she doesn’t really know that well. That means every year, she finds herself standing in a store, looking for that perfect generic holiday gift — a lotion, a candle, a mug.

Since Fritz is not really seeing anyone this year, her shopping list is much smaller.

She’s mostly buying online, from small retailers. She ordered a custom-made dress for her sister in October. It’s one of several gifts that still haven’t arrived.

“They send stuff out, but the delivery date keeps getting later and later,” she said.

Meanwhile, Dana Chadwell in Tennessee has been shopping exclusively online. She says stores are too risky, because her parents are elderly and her brother is on dialysis.

“We just made the decision that we couldn’t risk catching coronavirus ourselves and sharing it with our family,” Chadwell said. “And it was more important to us to be able to stay in contact with our families who all live nearby, rather than go out and have a social life and that sort of thing. So we’ve been very, very cautious, and very sequestered for most of the year.”

For the holidays, she often buys people experiences like concert tickets. Instead, this year, she’s getting her parents practical items. For her mom: cookware. Her dad: flannel shirts and handkerchiefs.

Danny Groner in New York is trying something new too. Instead of physical gifts, he’s sending money on Venmo.

Like, his friends have two young kids, and at a picnic in September they ate all his pretzels.

“So on Hanukkah, I Venmoed Ariella, the mom, $10 and earmarked it for pretzels,” Groner said, “just as a nice note that, despite the fact that we couldn’t see one another over the holiday, I was still thinking of them.”

A few days later, that friend sent Groner some photos. The kids had turned the pretzels into a crafting project – making menorahs out of them using marshmallows and other things.