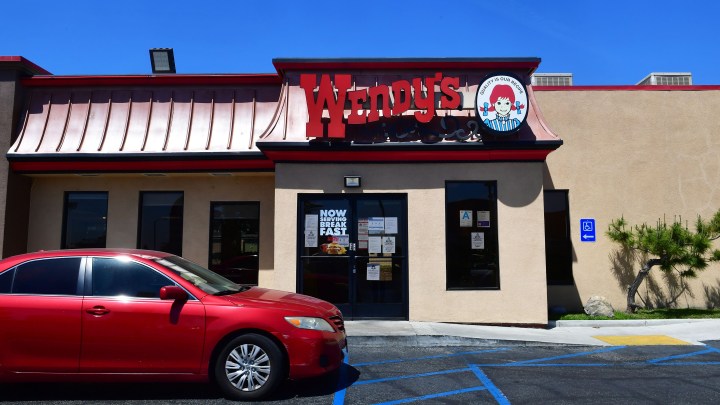 COPY
A vehicle pulls into the drive-thru lane at a Wendy's restaurant in Alhambra, California, on May 5, 2020. Frederic J. Brown/AFP via Getty Images

A vehicle pulls into the drive-thru lane at a Wendy's restaurant in Alhambra, California, on May 5, 2020. Frederic J. Brown/AFP via Getty Images
Listen Now

Burger chain Wendy’s has submitted a bid to buy nearly 400 restaurants under its own name that are currently operated by bankrupt franchisee NPC International Inc.

Of all the businesses in the restaurant industry, fast food has done relatively well in the pandemic, which means scooping up these franchises might make sense.

In its filing with the SEC, Wendy’s says it doesn’t necessarily want to run all of the nearly 400 new restaurants. It just wants to make sure a new owner doesn’t turn the property into something else. That’s what restaurant analyst John Gordon with Pacific Management Consulting calls a hold-and-sell strategy.

“What Wendy’s wants to do is to buy a couple of markets and then hold them for a small period of time, and then find the best franchisee to sell them to,” he said.

Wendy’s said it remains committed to keeping ownership of about 5% of the total Wendy’s system.

Restaurant franchisee Flynn Restaurant Group had reportedly agreed to buy the properties, but Wendy’s objected to the sale because Flynn owns franchises of direct competitors.

RJ Hottovy at Morningstar says for Wendy’s, this is about controlling as much as possible.

“I think the idea is trying to maintain as consistent operations as anything, and probably improve on the operations,” Hottovy said.

He said one of the reasons these franchises are on the market is that the former owner didn’t invest a lot in upkeep and technology.