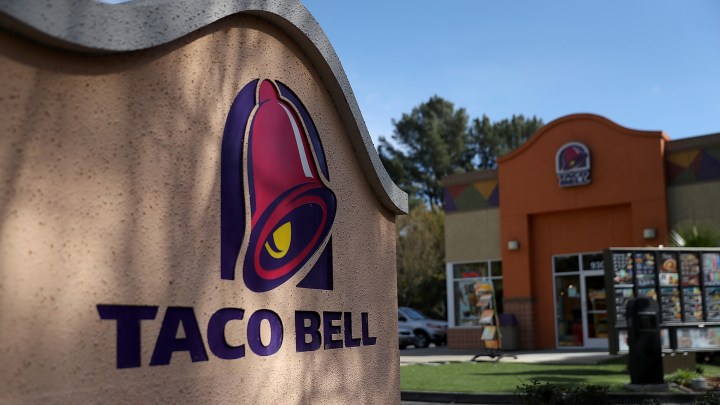 Taco Bell recently announced plans to raise certain manager salaries to $100,000 a year. Taco Bell says this test will happen at some of its 450 company-owned locations, and not its franchises.

It’s a sign Taco Bell wants to hire up in a tight labor market. But it also highlights the crucial role played by managers in a fast food restaurant’s success.

That role is no secret to Stephanie Lask, who worked as an assistant manager at Wendy’s in the early 2000s. She was in her early 20s, and had been promoted to the position with a pay bump to $30,000 a year.

Lask said the pay was great at the time, but the workload was tough. The new job came with 50- to 70-hour workweeks, unpredictable schedules and understaffed shifts. Lask didn’t receive overtime, since she received a salary. And as a manager, Lask fielded a wide variety of difficult customers.

“I’ve been threatened before,” Lask said. “We’ve had to call the cops on customers because, they were drunk and belligerent. It’s rewarding, in some ways … but not all the time.”

It can be tough to find a manager who can handle all that, while also keeping employees happy and keeping the doors open.

Good managers can also help train their staff, and keep employees from jumping shift. Those benefits can save the restaurant a lot of money, said David Henkes, senior principal at Technomic, a restaurant consulting firm.

But even if it pays six-figure salaries, Taco Bell will face competition for good managers, said Wasim Islam, who used to manage a Starbucks in Virginia before leaving to become a manager at the pharmacy chain Duane Reade.

“Fast food and retail are very closely related,” Islam said. “They exchange people all the time.”

Islam said he started feeling frustrated with upper management. After a year and a half at Starbucks, he realized his managerial skills could land him somewhere else.