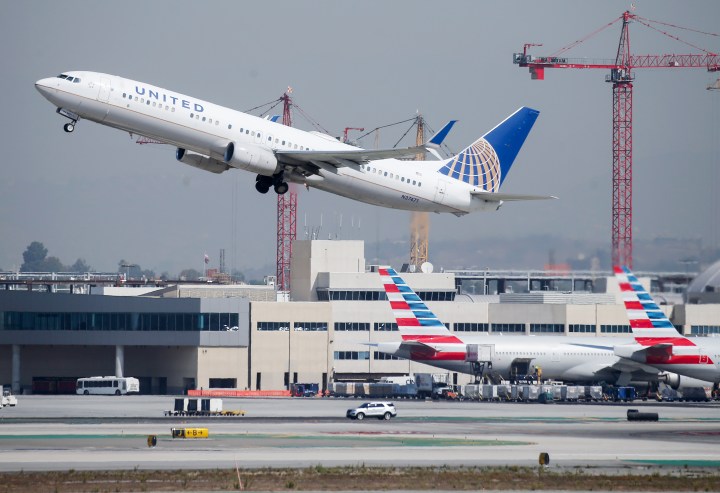 “There is a lot of historical data about how many people fly every day, between any two points,” said Henry Harteveldt, a travel industry analyst.

But in the age of COVID, that data is not as useful as it used to be.

“Demand is so uncertain,” Harteveldt said. “People are booking much closer to departure because we’re not sure if a destination will be safe from a public health standpoint, whether there will or will not be travel restrictions, or whether we’ll even be able to travel given the public health landscape where we live. So it’s very dynamic.”

On top of that, international and business travel are both down significantly. So is air travel in general, though it is ticking back up, slowly. On Oct. 18, more than a million people passed through airport security in the U.S. for the first time in a single day since the pandemic began — on the same day last year, that number was over 2 million.

Airlines are feeling it. JetBlue reported Tuesday that it lost $393 million in the third quarter. In total, U.S. carriers lost more than $10 billion between July and the end of September.

“We’re in a demand desert, the airline industry as a whole globally,” said airline industry analyst Robert Mann. “An extent and a depth of demand destruction that has never been seen before. So any effort that a carrier can make to identify sources of demand that exists or that can be stimulated, is what you want to be doing.”

Many of the airlines are trying to do that in part by changing up their routes — cutting back on some that were previously popular among international and business travelers, and adding new flights to domestic, leisure destinations.

“Most of those are sunny, beachy destinations, or ski and mountain cities,” said Ankit Gupta, vice president of domestic network planning and scheduling for United, which recently added a number of nonstop flights to Florida from colder cities including Milwaukee, Indianapolis and Pittsburgh.

Those new routes “are actually doing pretty well,” Gupta said. “Previously, we had them ending in January, but now we’ve extended them through the rest of the winter.”

In addition to cutting back on international routes and some major transcontinental domestic routes, United and other airlines have also cut flights to some smaller cities, at least temporarily. American suspended flights at a handful of airports where it was the only carrier, including Del Rio, Texas, which is more than two and a half hours from the next closest airport.

“They cut our lifeline to the rest of the world,” said Mayor Bruno Lozano. “Families and medical groups and military families are going to have to drive out to San Antonio. It’s just really impactful, and it’s really startling.”

Flights were supposed to start back up in November, but now they’re suspended for at least another month. Lozano said he’s worried about what could happen to the region’s economy if they don’t come back.

“This is a big hit for the region,” he said. “Not just for Del Rio, but for the entire region.”