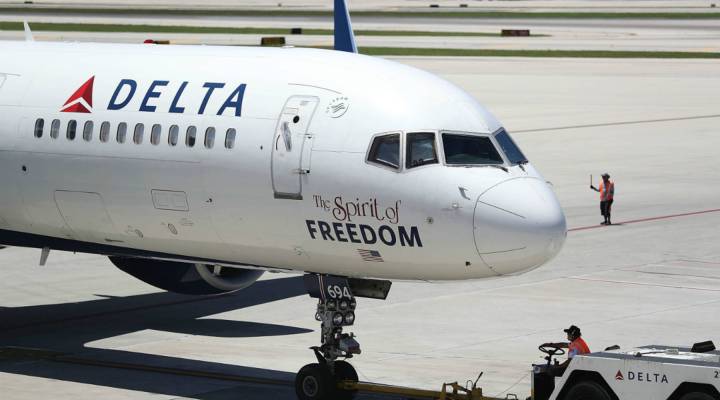 COPY
A Delta airlines plane is seen on the tarmac of the Fort Lauderdale-Hollywood International Airport in July in Fort Lauderdale, Florida. Joe Raedle/Getty Images

A Delta airlines plane is seen on the tarmac of the Fort Lauderdale-Hollywood International Airport in July in Fort Lauderdale, Florida. Joe Raedle/Getty Images
Listen Now

Delta Airlines reports earnings today, amid a relative summer travel boom. Tourists have increasingly taken to the skies as economies have reopened and vaccinations become more widespread. Business travel, however, is nowhere near what it had been before the pandemic. What does that mean for first-class and other premium tickets that used to go on company credit cards?

Business travelers used to make up about 70% of the folks in first class, according to travel analyst Henry Harteveldt. These days, tourists are also willing to pay more for a little personal space.

“You just have that much more distance between yourself and the person next to you on the plane,” Harteveldt said.

“People are now taking their first vacations in some cases in 15 months, so they’ve got a lot of money saved up and they’re splurging on … the front of the airplane,” he said.

Price differences for premium seats have narrowed, and airlines are offering more upgrade promotions to loyalty members, according to airline analyst Robert Mann.

“If you have an elite customer status with a certain airline, the ability to get that upgrade is actually pretty good by historical standards,” Mann said.

If there’s a resurgence of COVID-19 in the fall, Mann added, people who are open to flying now may think twice about getting on a plane.