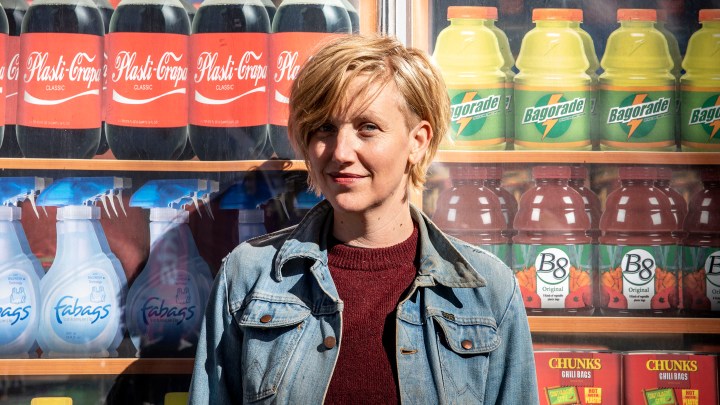 Every year Americans go through billions of plastic bags. We often use them once, for a short amount of time, then they’re tossed in the trash. But it’s the kind of garbage that takes centuries to decompose. The artist Robin Frohardt wanted to draw attention to the problem, so she created an immersive art exhibition inside a storefront in Times Square called “The Plastic Bag Store.” The pop-up exhibition looks like a grocery store, but instead of food, visitors will see hand-sculpted items — like cereal boxes, bananas and ice cream — all made from the discarded plastic bags and single-use plastics Frohardt collected.

The exhibit was originally slated to open in mid-March, just as the pandemic shut down New York City. But in August, the state began to ease restrictions on museums. That’s when Times Square Arts, the organization that commissioned the project, decided it was time to open the exhibit’s doors. There’s no charge for the exhibit, but because of COVID-19, there is a limit on the number of people who can enter at one time. 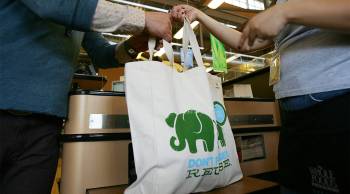