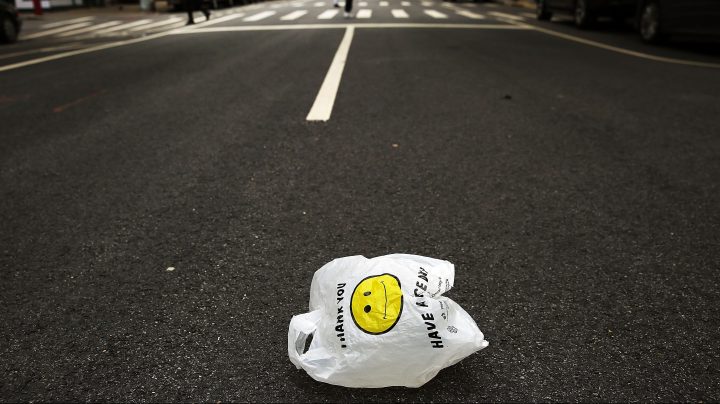 On March 1, 2020, New York will become the eighth state to ban single-use plastic bags. While the move is considered a win by environmentalists, the plastics industry has won the fight in most other states. With a strong lobbying arm, big plastic has successfully prohibited 14 other states from implementing state-wide regulations on plastic bags.

Samantha Maldonado, Politico New Jersey’s energy and the environment reporter, has covered the ways plastics and politics collide. Maldonado spoke with “Marketplace” host Kai Ryssdal about the ins and outs of the plastics industry, and what’s next for New Jersey, where 46 municipalities have local regulations on single-use plastic, despite the state’s failure to pass a state-wide ban for years.

“The environmentalists, a lot of them say ‘OK, if we can’t get a state ban passed, that’s alright, the localities will step up,'” Maldonado said.

Click the audio player above to hear the interview .