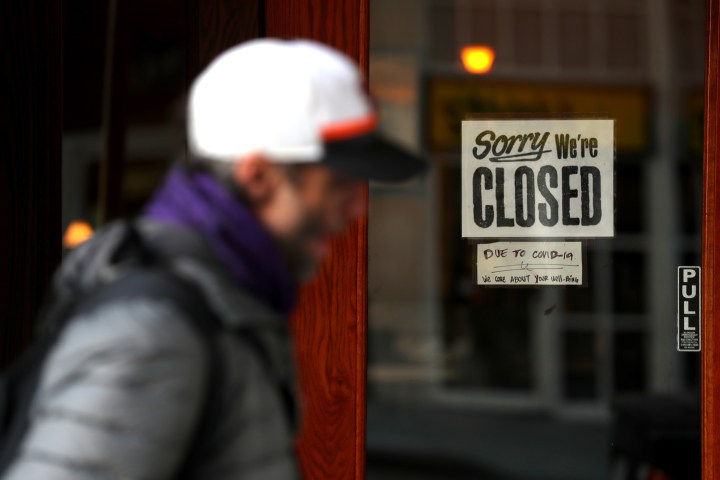 The September U.S. retail sales numbers came in higher than expected, with sales up 1.9%. Meanwhile more than 20 million people are drawing unemployment after layoffs.

This K-shaped recovery, with one leg up for those still working and the other down for those feeling the brunt of the pandemic — largely low-wage workers — is in contrast to the pattern of the last recession, where so many jobs at the higher end of the income scale were hit.

Christopher Low, chief economist at FHN Financial, has been examining the recovery progress in different groups and how it compares to 2008 and 2009. The following is an edited transcript of his conversation with “Marketplace Morning Report” host David Brancaccio.

Christopher Low: In ’08 and ’09, the damage was massive, but the damage primarily fell on the highest-paid workers in the economy. When you look at the end of the recession, the beginning of the recovery, if you divide workers by how much they get paid, it was the top quintile that bore almost all of the job losses, more than 5 million of them unemployed after 2 1/2 years.

In contrast, if you look at the numbers now, employment, of course, has been growing for some months. But it’s the lowest-paid workers who are being left behind and are still unemployed. At the moment, the bottom two quintiles account for something like 80% of the job losses.

David Brancaccio: But none of this is an excuse not to pay attention to the people at the lower end of the income scale who are suffering?

Low: Well, that’s right. And, you know, I was trying to figure out how to express that when I realized someone else already has.

Carmen Reinhart, who is the chief economist at the World Bank, talked about it yesterday, because it turns out what we see in the U.S. is evident globally. And, as a result, in countries where the majority of workers are at the lower end of the global scale, they are being left way behind, as well. And what Reinhardt said was this is a crisis that is not of their making. We have to find a way to get them out from under debt so they can restart their economies again. Essentially, we have to take care of those in need.

And here in the U.S., it’s the same story. The economy is coming back faster than anybody expected. But there are people in serious trouble. And if we don’t take care of them, if they start defaulting on debt, well, it’s debt default that transforms a run-of-the-mill recession into something far more intractable. We saw it 10 years ago. It took forever to climb out of that one. We don’t want to repeat the experience this time.