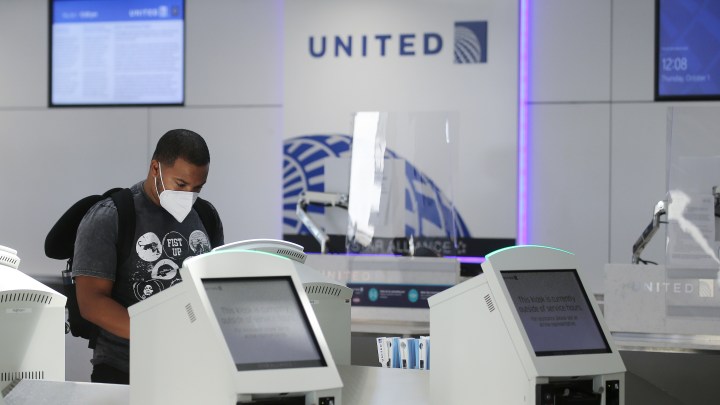 United Airlines will become the first U.S. airline Thursday to launch COVID-19 testing. The airline will run a pilot program for people traveling from San Francisco International Airport to Hawaii.

Because for airlines, providing access to tests is about stimulating demand, which is still in the tank.

“Without easy access to testing, people likely won’t get on planes,” said Zach Griff, who covers the airline industry for the travel website, The Points Guy. He said airlines are trying to break down barriers for travelers.

And United said that extends beyond when people are on the plane.

“Right now, Hawaii has in place a mandatory 14-day quarantine for people who are traveling to Hawaii. And the only way to bypass that quarantine is to get one of these state-approved tests,” said Josh Earnest, Chief Communications Officer for United Airlines.

That means instead of spending the first two weeks in a hotel room, Hawaii visitors will be free to move around the islands.

At the airport, United said it will offer a 15-minute test, but the airline is just the facilitator. A health care provider will be in charge of the actual testing and reporting the results to passengers.

Griff at The Points Guy said for airlines, more flights to Hawaii is great, but what they really want to do is lay the groundwork for the return of business travel.

“And the reason why is because if this is a successful launch, and airlines can get customers to get on planes, they will convince passengers slowly but surely that business travel can restart by using similar pre-travel testing programs,” he said.

Business travel is the most lucrative part of most airline operations.

From a public health standpoint, virologist Makeda Robinson at Stanford University said more testing is good, but the rapid tests United and others will be using aren’t always accurate.

“This kind of sets up a situation where there may be a false sense of security,” she said.

Some passengers could test negative but be carrying the virus.