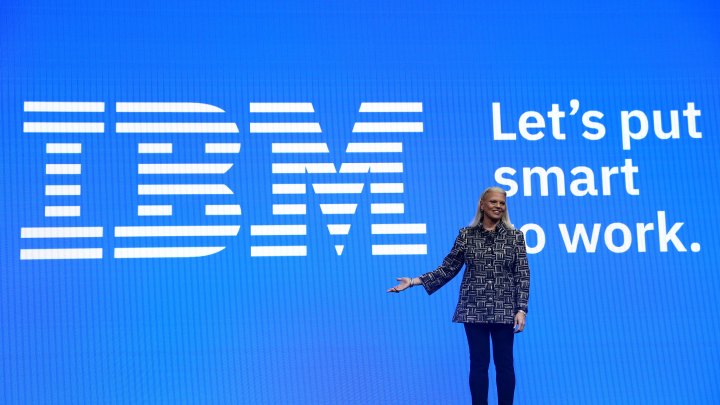 The name International Business Machines, now known as IBM, has been around for nearly 100 years. And the company’s old enough to have changed with the times — a few times. But it has never strayed too far away from its core business of computer hardware and software.

Now, though, IBM is moving away from the “M” in its name: machines. It’s spinning off its infrastructure unit to focus on the cloud business.

IBM started out selling tabulating machines but knew early on that it had to evolve. There’s even a company song from the 1930s that talks about “new fields we’re sure to conquer” and moving “ever onward.”

So when punch cards became outdated, the company got into mainframe computers. And when personal computers came along, IBM expanded to software and other services.

“They’ve been systematically shedding businesses that become commodities,” said Michael Cusumano, a professor at the Massachusetts Institute of Technology’s Sloan School of Management.

And in tech, he said, commodities don’t come with high-profit margins. So IBM started dipping its toe into the cloud business.

“IBM’s history is that it does not like to be the first one to do something, because the first person to do something normally doesn’t get it quite right,” said Jim Cortada, who wrote a book about the company.

About 90,000 employees will split off to continue with infrastructure services, while IBM focuses on the cloud.

“This will force IBM to live and die based on [artificial intelligence] and cloud computing,” Cortada said.

It’s a good call for IBM, said Moshe Katri, an analyst at Wedbush Securities. But he also said it may not be enough.

“They’ll have to either make another large acquisition, or they’re going to have to go with other spinoffs of the business,” he said.

That’s because giants like Amazon, Microsoft and Google already dominate that market.